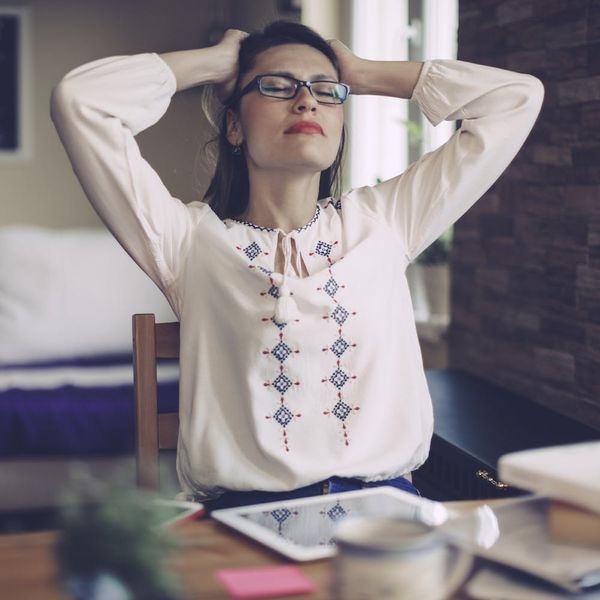 We love us a good tech hack (have you seen this awesome notebook that charges your phone?), ESPECIALLY when it involves extending the life of our smartphones, ’cause (as you likely already know all too well), they’re certainly not without their hazards. Say you land yourself a shiny new Google phone or get your hands on a brand spanking new iPhone 7, and then, the absolute WORST thing happens: You get it wet. Maybe it was a pool party accident or the festival Gods above were decidedly cruel that day and opened up an unexpected monsoon on you. Either way, you’re FREAKING OUT. So what do you do?

Ask your BFFs (or the Internet), and they’ll likely tell you to drop it in a bucket of white rice.

Turns out, there’s actually a better way! Despite this old hack’s popularity, Gazelle, a “leading e-commerce company that buys and sells pre-owned consumer electronics,” did some testing and found that there’s actually another household commodity that can zap your phone back to life far more efficiently (bonus if you have a cat, as you’ll likely already have it on hand!).

First things first, though: Get the phone as dry as you can. According to Gazelle, “Your best bet is probably to open the phone up as soon as possible and leave it in front of a fan.” Once that’s done and you’ve eliminated as much of the moisture as you humanly can, distract your feline friend with a glass or two of cat wine and steal at least four cups of fresh litter. Then, simply place the phone inside, cross all of your fingers (maybe have a cocktail yourself) and hope for the best!

The one major caveat? This hack works best when it’s done for as long as possible, so rather than a few hours, the site actually recommends leaving your phone immersed in the litter for *gulp* up to three days. We know, we know — ain’t nobody got time for that! But if you value your phone (or your hard-earned dollars), it jusssttt might be worth the wait.

If you don’t have litter on hand, Gazelle says instant rice is still your next best bet, or, if all else fails, “leaving your phone in open air, (perhaps with a fan for better air circulation).” Good luck!

Barbara Pavone
Barbara Pavone is a pop culture-obsessed writer based in beautiful (but ridiculously cold) Montreal, Canada. When she's not working, she's sipping on a Pimm's Cup and daydreaming about her celebrity hero, Saint West.
iPhone
Tech
iPhone Tech News