This Lucky Teen Wore a Miss Universe Gown to Her Prom 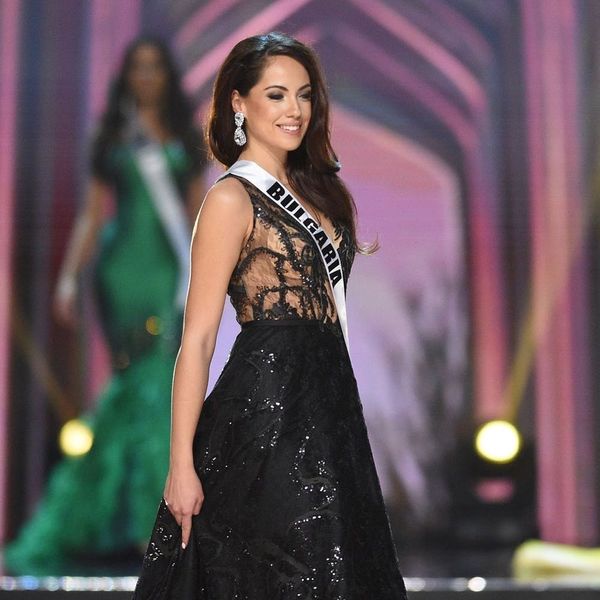 Ever wondered what happens to those gorgeous gowns that beauty queens wear after the pageants are over? While some are sold (often to benefit charities), others are returned to designers, and lots more get stashed away, never to be worn again. However, never-to-be-worn-again was not the fate of Miss Bulgaria’s Miss Universe 2017 gown. Instead, she decided to do something that will definitely tug at your heartstrings.

Violina Ancheva, AKA Miss Bulgaria, may not have won the 65th Miss Universe pageant in the Philippines (Miss France, Iris Mittenaere, took that title), but she wanted to see her blue Sherri Hill dress put to good use. So she posted on Facebook, stating her intent to give her dress to one lucky teen for her prom.

The most touching moment!❤

The post received over 13,000 responses, but of course Ancheva could only give her dress to one young lady. And after a month of reviewing, the dress finally has its new owner, 15-year-old Zhyra Nicole Cifra of Manila.

The teen’s mother, Issay Gallano, had been struggling to scrape money together to buy her daughter’s dress when she stumbled on Miss Bulgaria’s post. After Gallano messaged Ancheva and explained their circumstances, the beauty queen was touched and decided to give her gorgeous blue two-piece gown to the family.

Ancheva posted a side-by-side of her and the teen in the dress in a heartwarming message on Facebook wishing the teen luck. And we think they both look stunning.

We’re not crying. It’s just raining on our faces.

Shea Lignitz
Shea can be found in the nearest bookstore or brewery, exploring the great outdoors, or blasting Led Zeppelin. She grew up in the cold and rain of Northern California's redwoods but is currently wandering around Texas.
Entertainment
More From Entertainment