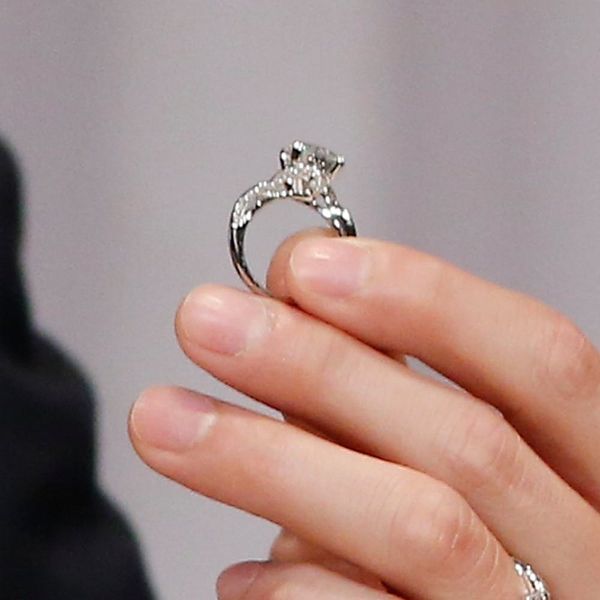 Pretty much any engagement story is romantic, ya know, if it happens to have a happy ending. But some folks put so much thought and effort into their proposals, it’s no wonder that their S.O. is completely swept away. Just take a peek at the delicious gelato proposal, the mammoth mountain proposal, and the swoon-worthy movie-like museum proposal. Another epically romantic example is undeniably this man’s three-year-long (!) proposal, which definitely wins for the most original way to pop the question.

When Timothy Chee started dating Candice Catherine, it only took a week for him to realize that she was the woman he wanted to spend the rest of his life with. At that point, he began exchanging letters with his love. Catherine told the Daily Mail Australia, “Tim and I didn’t live far away from each other but we sent letters because the idea of having our hearts poured out in the form of paper meant we had tangible memories to look back on.” So sweet!

What she didn’t know, however, was that Chee had begun a proposal that would last three long years. Sending 14 letters in total, each was started with a lovely and large stylized letter. Fancy-schmancy! But those letters were key to Chee’s plan.

Catherine explained, “I woke up on the morning of December 16th, 2015, with a letter next to me instructing me to get dressed and to only come out when I’m fully ready. As soon as I opened the door, I found rose petals and candles everywhere — my heart skipped a beat and I knew it was coming. He sat me down in the living room with all the letters that he had written to me on the table. We read them out one by one reliving the memories of our dating years. After we read all of them he then carefully arranged the letters and asked me to look at them.”

What Catherine saw was that each stylized letter at the beginning of each loving note eventually spelled out, “W-I-L-L-Y-O-U-M-A-R-R-Y-M-E” — excuse us while we swoon.

“I am very difficult to surprise so this totally caught me off guard,” Catherine admitted, though she surely expected something super romantic from her fella eventually, since she reveals that even before becoming a couple, they were “good friends” and she knew he was “always genuinely a thoughtful and romantic kind of guy.”

Congratulations to the lovely loving couple!

Are you totally impressed by this three-year-long proposal? Let us know @BritandCo!