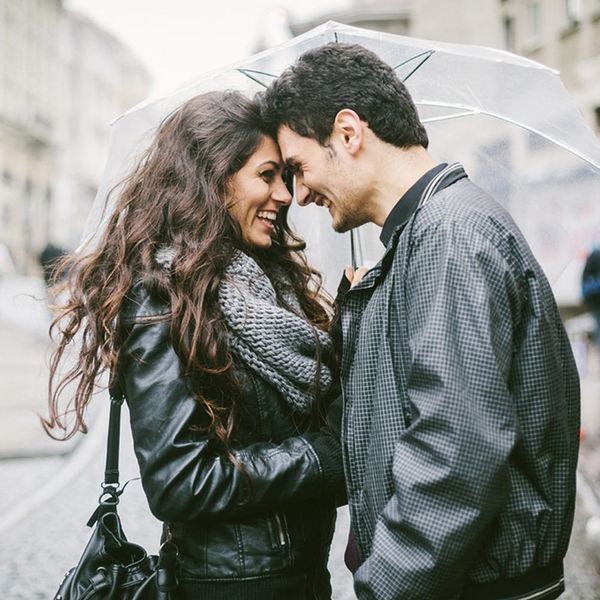 What attracts you to someone? Is it their style? Their looks? Their personality? Their willingness to watch every single rerun of Sex and the City with you without judgment (we NEED SJP’s shoe collection)? Or maybe it’s something else, like the length of time you’ve known them? The possibilities are endless, really.

That’s right: It doesn’t matter which dating apps you swear by, what your dating profile looks like or which city you live in because, apparently, we’re all just secretly looking to date the Old Spice Guy.

Polling 130 female and male participants who rated facial masculinity and femininity using photographs of the opposite sex and another 239 men and women who rated odor samples of 40 opposite sex individuals, the study’s findings suggest that men who are perceived low in masculinity can significantly increase this perception simply by slapping on a bit of deodorant. While females were also perceived as being more feminine when they wore deodorant, men were far less sensitive to smell cues than females appeared to be.

“Men are able to use deodorant to artificially raise their game, so to speak, leveling the playing field by making themselves more comparable, at least where odor is concerned, to more masculine men,” said Dr. Caroline Allen, the study’s lead psychology researcher.

Huh! Sounds like it’s time for the guys to clear out their cologne and stock up on some fresh deodorant instead — or at least the less macho among them.

In the meantime, we’ll just go ahead and leave this here:

Are you surprised by the University’s findings? Tweet us about it at @BritandCo.

Barbara Pavone
Barbara Pavone is a pop culture-obsessed writer based in beautiful (but ridiculously cold) Montreal, Canada. When she's not working, she's sipping on a Pimm's Cup and daydreaming about her celebrity hero, Saint West.
Dating
Relationships
Dating love
More From Relationships