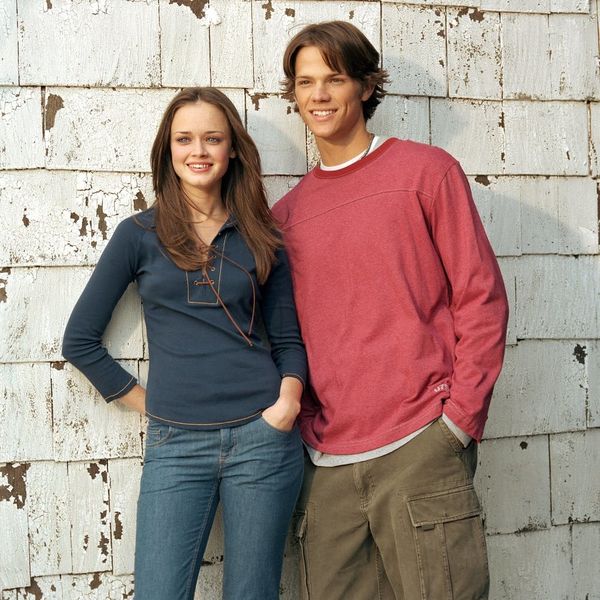 Jared Padalecki may have only popped up in one episode of Gilmore Girls: A Year in the Life, but at least he didn’t devastate us in the way that Milo Ventimiglia did (poor #TeamJess!). But let us blow your mind by filling you in on the fact that there was once a totally different Dean, and we have the unaired pilot to prove it.

Back in the early 2000s, a rough-around-the-edges pilot was developed for the Gilmore Girls. Featuring Alexis Bledel as Rory, immediately showing off her overly (and beloved) wordy ways, there’s one major difference: Who the heck is that dude pretending to be Dean?!

That happens to be an actor by the name of Nathan Wetherington who initially played Dean Forester during his first meeting with a young Rory Gilmore. It’s… weird. Not that’s it horrible or anything of the sort. It’s just so wildly strange to see someone other than Jared Paladecki portraying Rory’s (eventual) first love.

In this mix of the two actors taking on the same scene, we can see an obvious difference between how the fellas played the role. You can decide for yourself which Dean you like best.

What do you think about seeing someone else play Dean? Do you prefer Jared Paladecki or Nathan Wetherington’s Dean? Let us know @BritandCo!