This Vegan Instagram Cooking Series Has Us Craving All the Veggies 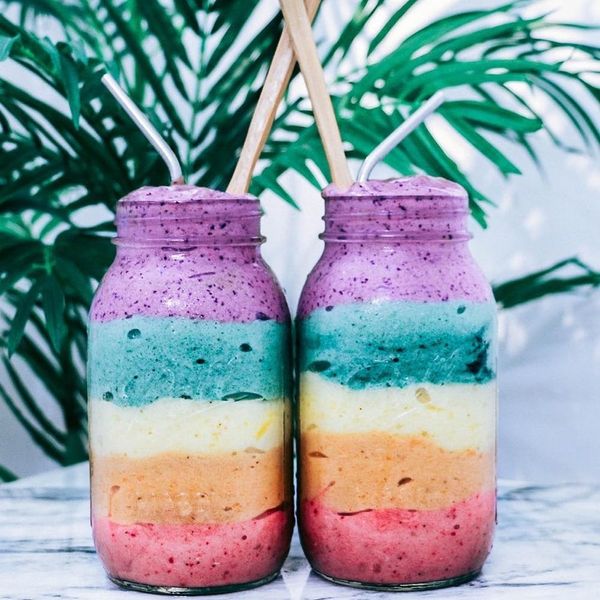 If you follow any vegan food bloggers on Instagram, you’re probably familiar with Lina Saber. The super gifted vegan nutritionist and chef is the creator of “nice cream,” a vegan ice cream that is just as good as it sounds. Lina just launched an Instagram video series (how cool?!) with a seriously awesome concept called Dine & Thrive, in collaboration with AT&T Hello Lab. In the series, Lina set out to create three delicious recipes to share with her fans: an appetizer, entree and dessert. But here’s the best part — she’s letting Instagram followers choose the main ingredient for each course. She’s debuting one recipe per week on her Instagram account, and the first two weeks have been totally mouth-watering. After she shares her recipe, she encourages followers to make their own creations with the ingredients, so if you check out the hashtag #hellolab, you’ll see even more yummy-looking recipes to try at home.

So why go about creating new recipes this way? “The idea was to create an authentic way to connect and interact with all my amazing fans and inspire them to create healthy and delicious dishes with their own creative twist using the same ingredient!” says Lina. We are totally inspired by this awesome idea and by Lina’s recipes in general, and we were lucky enough to get the inside scoop on what goes into Lina’s creative process.

B+C: Where do you get inspiration for your creations?

LS: I draw my inspiration from nature and traveling. Nature is abundantly full of so many fresh and exotic ingredients that inspire me to think out of the box. And while traveling, I get to see how different cultures take simple whole ingredients and turn them into something so delicious. For instance, when I was in Morocco, I learned how to cook with cardone, which is such a tough ingredient, but watching this amazing woman cook with it and turn it into such a tasty dish was an eye opener that I should experiment with different ingredients, even though they may not be the obvious choice.

B+C: How do you prepare when you know what you’re about to cook will be made with an unknown ingredient?

LS: I don’t prepare, that’s the fun of it and what makes this experience different. Luckily, I have a kitchen that is loaded with extra ingredients and spices, so as soon as I find out what the winning ingredient is I start recipe testing and tasting right away. I always think about what is the tastiest possible thing I could make with this one ingredient that would also be simple and healthy at the same time. It’s always fun, because when I’m recording the video, friends are usually over and they can let me know right away if the recipe testing was a success.

B+C: What would you say the biggest misconception about vegan cooking is?

LS: That it is boring or tastes bland! And there’s a misconception that if you go vegan, you won’t really find anything to eat that tastes just as delicious as your current non-vegan meals. But this is far from true! For instance, if one is worried that they are going to miss specific foods that they enjoy, like a burger, cheesy pizza or buttery pie, there is no need to worry. Luckily, we live in such an innovative world. In the market, you can find a vegan alternative to almost anything you like. Vegan butters, cheeses, vegan proteins to cook with, such as tofu and Beyond Meat which is 100 percent vegan. But generally speaking, with cooking (whether it’s vegan on or not), the beauty is all in the spices, different aroma oils, herbs, roasted nuts, etc. Not only are you benefiting your body by hopping over on the fully green side, but you’re also benefiting the environment in many amazing ways.

B+C: What are your top three favorite ingredients to cook with and why?

LS: This is a hard one! But if I had to choose, I would have to say all spices in general, because they create magic when combined right! A second one would be lemons. I find myself squeezing them over lots of dishes when cooking, and I think it’s because they add a zesty fragrant aroma, plus they are incredibly amazing for aiding digestion. Win, win. The third would have to be nutritional yeast. I love cooking with it, because not only is it so nutritious, but it also adds a “cheesy” textured flavor that tastes amazing. Especially on baked kale chips, it’s tasty!

Have you experimented with vegan cooking? Tell us about your experience @BritandCo!