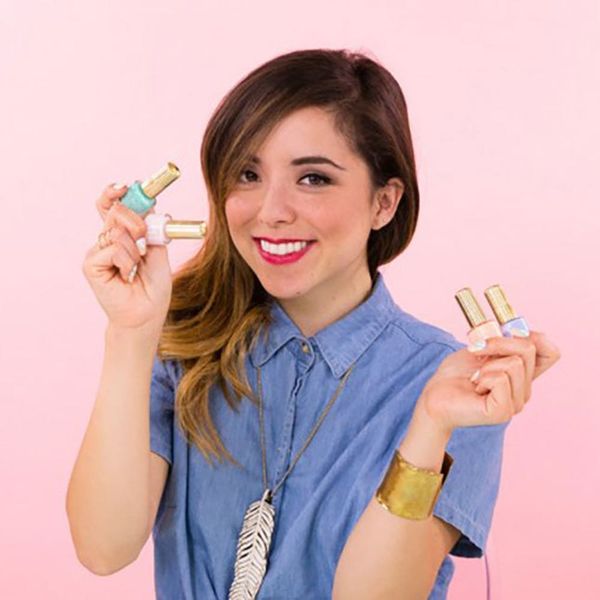 There are a ton of rad beauty and celeb/pop culture-related collabs out there: Star Wars x Covergirl, Gwen Stefani x Urban Decay, Mariah Carey x MAC, Olivia Palermo x Ciate London… You get the picture. And while it’s fun to follow (stalk?!) your fave celebs on social media and the like, it’s *even better* when you can follow their lead as it relates to beauty products. That’s where nail polish queen Deborah Lippmann’s latest collab comes into play — it’s inspired by a super popular TV show and is a match made in entertainment-beauty heaven.

Empire (yes, Empire!) is getting its own nail polish collection. If you’re an Empire devotee like us, then you know that Cookie Lyon consistently slays in the nail department — seriously, has she ever NOT had a next-level mani? The line features three polishes inspired by the show: a shimmery, purple-y pink (Hustle Hard), a glitzy gold (Power of the Empire) and a slightly vampy red (War of the Roses). Each shade is super pretty — we especially love how dark the red shade is — and they’re really wearable.

So, back to Cookie. Deborah explained to Allure that the feisty, endlessly stylish character played by Taraji P. Henson was her biggest inspiration for the collab. “I wanted colors that complemented her powerful and assertive wardrobe as well as made a statement on their own.” That’s a big YAS to women who are unapologetically powerful and assertive — Cookie (and other TV characters) included. The nail polish collection launches next month for $24 at Sephora and Nordstrom.

What TV show should get its own nail polish line? Share your thoughts in the comments below.

Beth Wischnia
You can typically find this Texan writing, trying on a new lipstick, gabbing with her identical twin sister or volunteering at the local animal shelter. She finds inspiration from rosé, beauty products, Tex-Mex and cats.
Nail Polish
Most Recent
Nail Polish