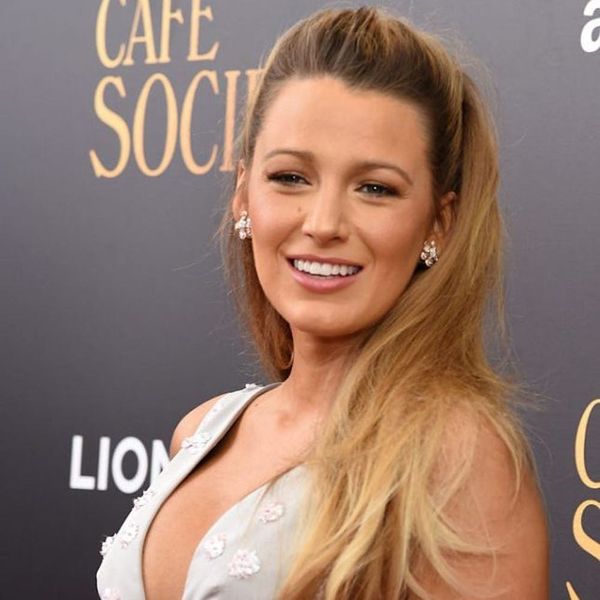 Now that February is here and V-Day is on our brain, we’re ready to turn up the heat where it truly counts — our hair. Whether’s it’s a romantic night in or a Galentine’s Dayout, we don’t want the normal ‘do. So in our hunt for a style that slays, we looked to our fave celebs who totally dominate it in the hair department on the red carpet. While you might think things are complicated, the following show-stoppers are actually easy to pull off on your own (uh, no fancy, twisty updos here).

1. Wavy Bob: Want to jazz up a bob? Copy Rihanna’s curls, which lend a sexy look to the usually smooth style. Twist strands around a small barrel curling iron or use your fingers on damp hair to create waves on longer pieces. Keep bangs straight and swept to each side, so that just a bit of forehead peeks through for a sultry, smoldering touch. (Photo via Lester Cohen/Getty)

2. Sleek Center Part: Lucy Hale’s trick of the part is a simple way to show off your face — and a pair of dangling sparklers. Use a slick oil or spray to tame tresses, brush them smooth and then secure strands behind your ears to highlight serious bling. (Photo via Gregg DeGuire/Getty)

3. Half-Up, Half-Down: Blake Lively’s belle du jour (made famous by Catherine Deneuve) is perf for giving a longer length a dose of sex appeal. Take the front pieces and pull them to the top of the crown, making sure there is still a bit of volume. Secure them with a sparkly barrette or pin to give this look a fancier feel. (Photo via Jamie McCarthy/Getty)

4. Slick Side Part: Khloe Kardashian’s sleek side part complements her attention-grabbing dress, which is a major must when you’re wearing a barely there style like this. Make a deep part on your best side, add a dollop of styling cream to keep tresses from straying and comb hair toward the back, letting the length and waves fall behind. (Photo via Jamie McCarthy/Getty)

5. Effortless Chignon: Want to wear an updo that doesn’t look old-fashioned? Bryce Dallas Howard’s style works because it looks polished yet still has that effortless vibe. Pull hair back into a low pony or a loose knot, letting a few pieces fall around your face. Smooth a side part, and then crimp the long pieces with an iron for a totally romantic look. (Photo via Dimitrious Kambouris/Getty)

6. Lived-in Curls: Carefree curls like this are super sweet for V-day. To get Abigail Breslin’s style, twist 1-2 inch sections of damp hair around a curl brush and blast with a blow dryer, going through hair section by section. For even more twist, go over each dry section with a curling iron. (Stephen Lovekin/Getty)

7. Sleek, Low Pony: Yep, you can rock a ponytail after gym hours, just as Chanel Iman does here. Just keep it low and sleek for sophisticated polish, and for extra oomph, add a pair of show-stopping long earrings. (Photo via Jason LaVeris/Getty)

8. Loose Waves: Kristin Cavallari’s beachy, sexy waves are on fleek for February 14. Channel that carefree summer look by washing your hair the night before, spritzing on a salt spray, then letting it air dry or blasting with a dryer, stopping before it’s fully dry. Sleep on it, and use a curling iron in the morning to go over each wave. Run your fingers through it and bam — it’s like you just spent a day surfside. (Photo via Jason LaVeris/Getty)