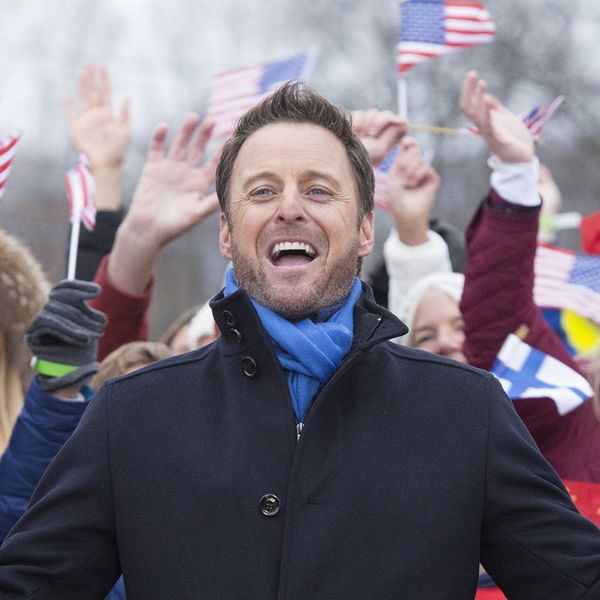 Welcome to Brit + Co’s Weekly Entertainment Planner! Each Monday, we’ll highlight one thing we’re excited about in six categories — movies, TV, music, streaming services, podcasts, and a bonus pick from all of the above — to help you navigate your week in watching and listening. Check out our picks for the week of February 12-18 below. Your eyes and your ears will thank us!

Black Panther (February 16): The first standalone movie for the Black Panther character in the Marvel universe is one of the most anticipated films of the year. It’s already on track to make a major impact not only at the box office, but in Hollywood too. Plus, the Kendrick Lamar-helmed soundtrack is sure to churn out some hits you’ll be hearing all year. (Photo via Marvel Studios)

The Bachelor Winter Games (February 13): In this spinoff, Bachelor Nation stars from around the world will come together in an Olympics-themed competition at the Hermitage Club resort in Vermont. They’re going for gold — and, just maybe, some gold rings. Fan favorites such as Ben Higgins, the maybe-already-in-love Dean Unglert and Lesley Murphy, Ashley Iaconetti, and more will represent Team USA, with special guests including Trista and Ryan Sutter, Rachel Lindsay, JoJo Fletcher, and Olympic skating silver medalist Nancy Kerrigan. It all starts on Tuesday, February 13, at 8pm ET on ABC. (Photo via ABC/Lorenzo Bevilaqua)

Mozart in the Jungle season 4 (February 16): The critically adored Amazon Prime series — about the lives and loves of the fictional New York Symphony — kicks off its fourth season on Friday, February 16. After a satisfying season three finale that finally saw Rodrigo (Gael García Bernal) and Hailey (Lola Kirke) seal the deal on their long-simmering romantic tension, they now have to deal with taking their relationship public. Plus, has music really “stopped talking” to Rodrigo? Something tells us it’s not the end. (Photo via Amazon Studios)

Forever35:Forever35 is a new podcast from BuzzFeed’s Doree Shafrir and writer/comedian Kate Spencer that serves as a soothing supplement to all the articles you read, products you covet, and sheet masks you Instagram in the name of self-care. As a bonus, the podcast already has a booming Facebook group where women trade tips on everything from serums to therapy to microblading and more.

Dashboard Confessional, Crooked Shadows (February 9): Time to sing your high-school heart out with the comeback album from everyone’s favorite emo heartthrob. Crooked Shadows is the first Dashboard album in eight years, and while it’s closer to the band’s rock-infused later material than Chris Carrabba’s earlier soul-wrecking solo incarnation of the moniker, it has hooks you’ll love and lines that’ll break your heart all the same. (Photo via Jeff Kravitz/FilmMagic for iHeartRadio)

Olympics: The 2018 Winter Olympics continue in PyeongChang. While Team USA has already earned a handful of medals, there are still a number of gold-medal favorites left to compete, including 17-year-old snowboarder Chloe Kim and celebrated skiiers Mikaela Shiffrin and Lindsey Vonn. Check out what to watch and when in our day-to-day TV guide here. (Photo via Cameron Spencer/Getty)

What will have you glued to your TV? Tell us @BritandCo.