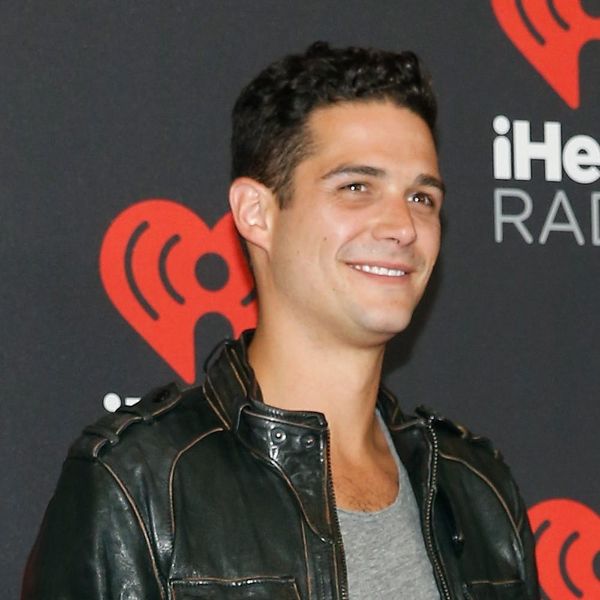 There have unsurprisingly been plenty of responses to the Bachelor in Paradise scandal, including a wide range of reactions from The Bachelor nation’s stars as well as a statement from host Chris Harrison about the ongoing “misinformation” that’s being spread. And now, Wells Adams has spoken out about the situation with a very unique perspective.

It turns out that Adams, a Nashville radio DJ who made an appearance during JoJo Fletcher’s season of The Bachelorette, had been tapped to replace Bachelor in Paradise bartender Jorge Moreno. And though he wasn’t a contestant this time around, E! is reporting that he may have still found a connection with Amanda Stanton before the plug was pulled on BIP season four.

Now The Bachelorette alum has taken to Twitter and Instagram to share his thoughts on the sad situation, saying, “I’ve been getting a lot of questions about my take on @bachelorinparadise and I can only speak for my own experiences…so here goes nothin’.”

From there, he opened up to his followers, saying, “Some of the greatest moments of my life happened in Paradise. Some of the greatest people I’ve gotten to spend time with (in front of and behind camera) happened in Paradise. One of the most beautiful and genuine love stories unfolded in front of my eyes in paradise. My heart breaks for those that don’t share the same experiences.”

He was sure to ask his fans, “Please don’t perceive this as insensitive or accusatory in any way. I’m only describing my journey there and I’d ask before you pass any judgment or say hurtful things to anybody about this, you remember there is a lot unknown and untold. Understand that my perception and experience is only mine to tell, but it’s an honest one and one that I will cherish forever.”

I've been getting a lot of questions about my take on @bachelorinparadise and I can only speak for my own experiences...so here goes nothin'. Some of the greatest moments of my life happened in Paradise. Some of the greatest people I've gotten to spend time with(in front of and behind the camera) happened in Paradise. One of the most beautiful and genuine love stories unfolded in front of my eyes in paradise. My heart breaks for those that don't share the same experiences. Please don't perceive this as insensitive or accusatory in any way. I'm only describing my journey there and I'd ask before you pass any judgment or say hurtful things to anyone about this, you remember that there is a lot unknown and untold. Understand that my perception and experience is only mine to tell, but it's an honest one and one that I will cherish forever. Also, look at my ribcage in this pic... #bachelorinparadise

Though he doesn’t go into any details of what he might know about the “misconduct” which caused this season of Bachelor in Paradise to be postponed indefinitely (frankly, he arrived after the incident, so wouldn’t have witnessed anything for himself), he does have a point when he notes that fans of the show should remember that there’s still a lot of facts regarding this sad situation that are “unknown and untold.”

What do you think about Wells Adams’ statement about the Bachelor in Paradise situation? Let us know @BritandCo!