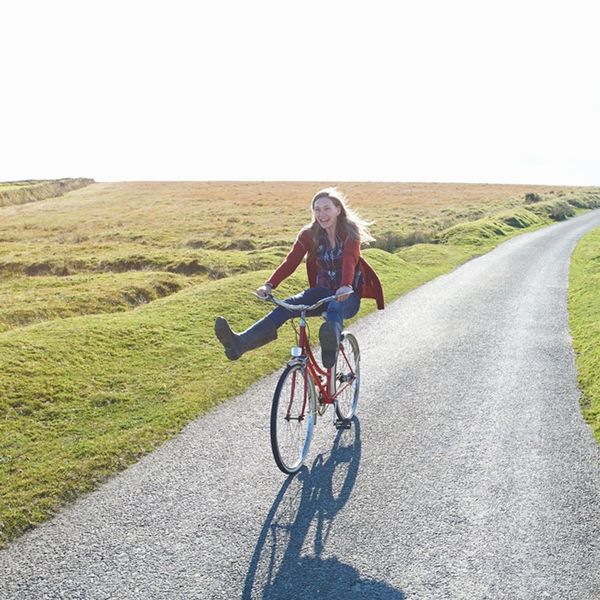 Having a travel bucket list is great, at least until you realize that checking locations off of it can pretty much blow any money you’ve managed to put into a savings account. While there arebudget-friendly vacations out there, the bottom line is that making travel a regular part of your life comes at a high cost. However, that’s a cost many millennials are willing to pay, according to a 2016 survey by group travel provider Topdeck Travel.

Topdeck’s global PR and communications manager Maria Eilersen says that, given the company’s experience working with 20-somethings to plan vacations, the results of their research about millennials and travel financing did not come as a shock. “Previous studies have confirmed that [they] are more interested than older generations in traveling abroad as much as possible,” she says. “This likely has to do with the rise of social media platforms, which have definitely played a large role in millennial wanderlust. In today’s digital age, travel is not viewed as a luxury, but instead as a necessity.”

In order to afford the so-called necessity of travel (or at least to get the perfect Instagram), millennials will make serious adjustments to their spending habits. According to Topdeck’s results, 87 percent of people in this age group would be happy to give up something so they could save for more trips. Keep scrolling to learn more about the specific areas in which, according to the survey, the 18-to-30-year-old set is willing to sacrifice financially for a little extra jet-setting.

1. Dating and Socializing: No FOMO here! If it meant putting money away for globe-trotting adventures, 51 percent of the millennials surveyed said they would give up going out with friends. Their feelings about dating were similar: 37 percent of millennials said they would forgo going on official dates in favor of travel. Looks like travel-seeking singles will be working on their cooking skills and planning at-home dinner dates instead!

2. Engagement Rings: Whoever claimed that diamonds are a girl’s best friend obviously wasn’t offered an exciting vacation as an alternative. According to the survey, one in five millennial women would gladly choose a smaller engagement ring in order to travel. “It just goes to show that this generation really does value experiences over things, preferring to make lasting memories in lieu of pricey material purchases,” Eilersen says. Who said millennials don’t have their priorities in order?

3. Wedding Budgets: Not all millennials are trying to compete with their pals’ Pinterest-perfect nuptials, at least not if it means they have more spending money available for travel. Topdeck’s research revealed that 36 percent of millennials would be willing to lower their wedding budget in order to take a trip around the world. “With younger generations constantly looking to outdo one another when it comes to social media, we were surprised to see wedding budgets… are now taking the backseat to exploring the world as newlyweds,” Eilersen says.

4. Daily Conveniences: Millennials are open to going budget-friendly for major milestones like engagement rings and weddings, but they’re also willing to cut small luxuries from their daily routine in order to up their travel funds. Takeout food was the most common sacrifice for survey respondents. In fact, 60 percent said they would give up food pick-up and delivery in order to see more of the world. Additionally, 46 percent of millennials said they would sacrifice their morning caffeine fix, and 31 percent would nix their streaming services (what? A life without binge watching?) to save money.

Eilersen says that it’s those little sacrifices that can really add up over time. “If travel is a priority, millennials can look at areas to cut back a small amount without causing them to miss out on what matters most,” she tells us. “[Millennials] who are most successful get creative, collecting spare change in a holiday piggy bank, setting up a recurring ‘travel savings’ transfer on the day they’re paid, or organizing a potluck dine-in instead of an expensive dinner when they want to catch up with friends.”

What would you give up to travel more? Tweet us @BritandCo!

Alli Hoff Kosik
Alli Hoff Kosik is a freelance writer who is passionate about reading, running, rainbow sprinkles, her lipstick collection, watching embarrassing reality TV, and drinking pink wine. She lives in Brooklyn with her husband and (in her dreams, at least) three golden retriever puppies. Listen to her talk books on The SSR Podcast.
study
Travel
study