Whitney Port Just Shared Tons of Details About Her Wedding 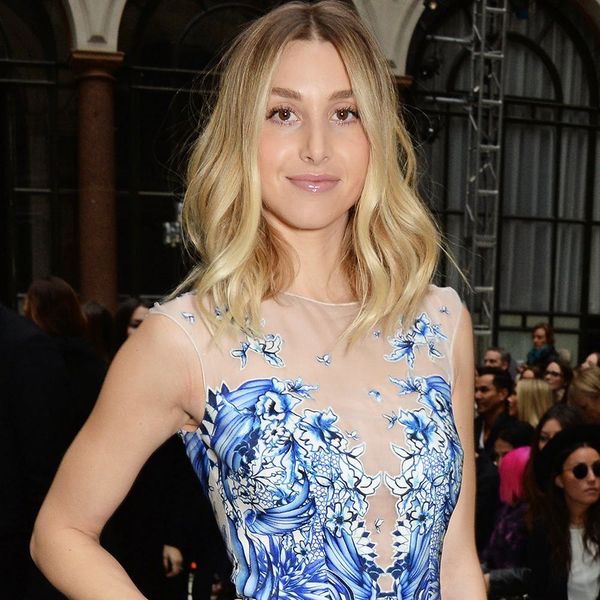 With secret surprise weddings becoming more and more popular (Jennifer Aniston and Mila Kunis, we’re looking at you) getting details about a celeb’s ceremony before the big event is now a rarity. Rumors started buzzing that fashion designer and The City star Whitney Port wed her husband on the DL this past weekend, but it turns out that was actually not true. In fact, she just shared a whole bunch of details about her wedding day and what she’ll be wearing with People Magazine.

The publication caught up with Port at her bridal shower where she was sporting a short, white dress with delicate eyelet lace. She admitted that while she thought about wearing something black, she decided that might be “sort of sacrilegious.” Keeping along those lines, Port also decided to stick with tradition in regards to her wedding dress. She says, “Originally, when I first envisioned myself getting married, I envisioned myself in something very simple — like a little slip dress — like Cindy Crawford on the beach. It turned out to be very opposite of that … [There’s] a lot of detail.” She went on to say, “The designer … sent a bunch of his gowns to L.A. [and] there were elements that I liked of each so, I took different elements of each dress and put them together.” Welp, looks like this Insta snap Whitney posted isn’t actually her dress then.

The inside scoop didn’t just end with what’s on tap apparel-wise. She also gave a tease about what the ceremony will look like. While she didn’t disclose a specific location she did share a few she considered. Port told People, “I thought I was going to go to Mexico and do a beach-y thing and then I thought I was going to go to Northern California and do a rustic-y thing and what I landed on, it is a destination, but it’s just going to be a lot more formal and glamorous than I ever thought that I would do.” Guesses anyone? Our money is on a rooftop NYC shindig.

Similar to Sofia Vergara, Whitney also admitted that she won’t be having bridesmaids. She says, “I mean, it’s just no one ever wants to be one, I’m sorry to say. It’s work. You have to buy a dress that you’re never going to wear again and it just adds a whole layer of responsibility to something that should just be a really carefree day for everybody involved.”

Where do you think Whitney’s wedding is going to be? Share your guess in the comments below.

Cortney Clift
Cortney is the senior writer and special projects editor at Brit + Co. She typically covers topics related to women's issues, politics, and lifestyle. When she's not buried behind her computer you'll find her exploring New York City or planning her next big adventure.
Celebrity Wedding
Wedding Planning and Decor
Celebrity Wedding