Why Going Makeup-Free Is the New No-Makeup Selfie 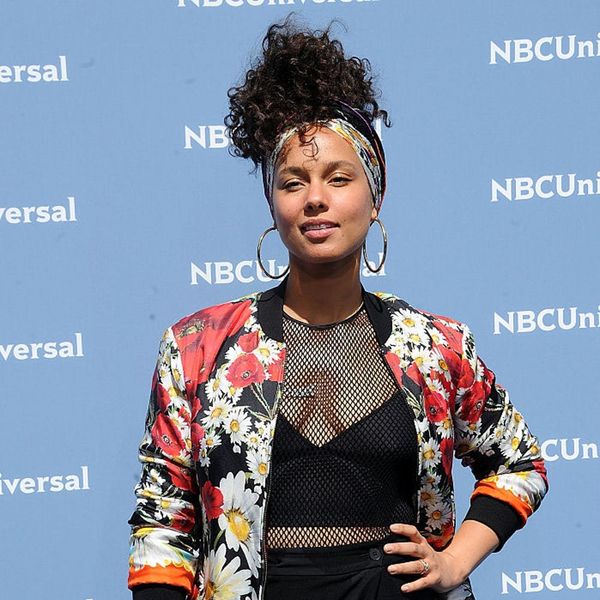 From natural makeup tutorials to risk-taking music festival looks, makeup is an integral part of many women’s lives and can bring creativity into their morning routines. But feeling like you need to spend five, 10, 20, or even more minutes of prep before your first cup of coffee costs time and money. It’s a standard women are expected to meet… and some may be over it.

A couple of weeks ago, Alicia Keys published a piece in Lenny Letter about this very fact. In it, she announced that she’s taken a plunge many women might never even have considered: she’s no longer wearing makeup. Not just for the odd celebrity-favorite #nomakeupselfie, but all the time. Is this the new trend? Should we all follow suit?

“Does it start somewhere in second grade after picture day when you wear your frizzy hair out ’cause your mama says it’s beautiful but all your ‘friends’ laugh at you?” she writes. “Or how about in junior high school? Where all the ‘pretty’ girls are wearing lipstick and eyeliner and mascara.”

Alicia’s note on Lenny Letter brings up many powerful points about how we are raised to look a certain way, and to feel like we’re not good enough if we don’t meet those standards. And as she points out early on, the look we’re all taught to aspire to is one only a small fraction of women naturally embody: thin, white women with symmetrical faces and flowing locks.

Because of those standards, going makeup-free might be easier for some of us (that is, those of us who fall within the traditional idea of “beauty”) than others. Freeing yourself from any self-imposed requirement to wear makeup, the way Alicia has, is a strong step, and one you would think the world would applaud. Unfortunately, it seems we may not be there yet. Last week, rapper Lil Mama posted a makeup-free selfie from a vacation in Mexico. After it made the rounds on Twitter and was subject to some not-so-nice feedback, Lil Mama took down the photo and posted the following:

While there may be more women out there ready to jump on the no-makeup train, it looks like some of us have some work to do to create a world where women can feel free to express who they are, however they choose to do it.

How do you feel about Alicia Keys’ no-makeup move? Tweet us at @BritandCo!

Tannara Yelland
Tannara is a freelance writer and editor, an occupation perfectly suited for her affection for drinking too much coffee and keeping odd hours. She usually writes about politics, economics, and pop culture. Some day she will put to use the hundreds of hours she's spent watching Say Yes to the Dress and write THE definitive analysis of the show.
Beauty News
More From Beauty News