How to Make a Homemade Gift More Meaningful 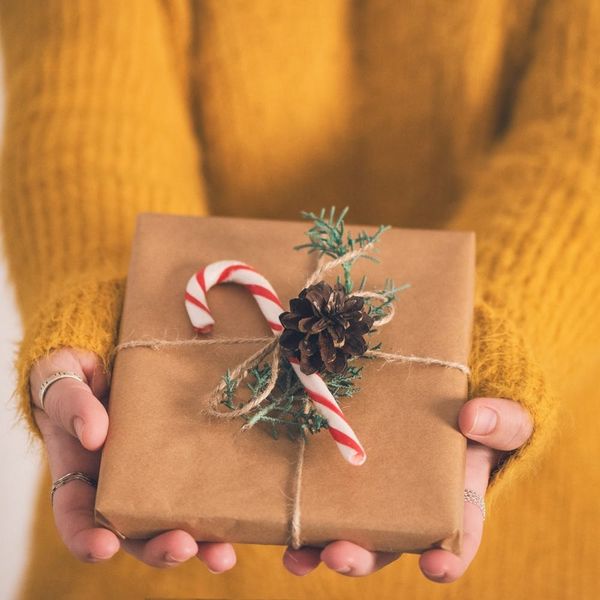 Shopping during the holidays, simply put, sucks. Deals aside, stores are crowded, lines are long, and Christmas music is always playing a little too loudly. So, that leaves us with two options: online shopping or DIYing. Although the latter might initially seem kitschy or hurried, homemade gifts actually carry with them a sentimentality and thoughtfulness that store-bought gifts can rarely capture — and there’s a psychological rationale for this. So even though Black Friday and Cyber Monday sales are long gone, you still have a chance to give a special (and likely budget-friendly!) gift — just grab your knitting needs, glue gun, or whisk. Matt Johnson, a San Francisco-based psychology professor at Hult International Business School who researches consumer behavior, explained to us why homemade gifts, in particular, are so heartwarming.

Although store-bought presents, if carefully selected and clearly individualized, can still convey the care that homemade gifts do, Johnson is a proponent of homemade gifts for two reasons: They often come with a background story, and they require time and energy.

“When it comes to gifts, humans are not driven by mere utility,” Johnson explains. “Instead, it’s the gift’s background story, the motivation behind it, and how it is made that makes all the difference.” That being said, this “background story” needs to actually be a good one in order to make an impact. If a homemade gift seems thrown together or random, then it won’t have the same effect as a homemade gift that is deliberate and well-executed. “The more obvious it was that care and thought were put into the homemade gift, the more special the receiver feels,” Johnson says. “It’s not about the gift itself, but that it’s a symbol for the emotional warmth that went into it, and this is what is ultimately communicated to the receiver.” Whether it’s a fond memory, shared interest, or favorite hobby that motivated the making of the gift, it’s an homage to the unique history and relationship between you and the other person.

Moreover, when someone unwraps a homemade treat or trinket, there’s no denying that its creation took considerable time and effort. “From the get-go, the positive emotions of care and thoughtfulness are communicated to the receiver,” Johnson states. “(Homemade gifts) are intentionally made, and the creator had to sacrifice time and energy to make it.” This is where store-bought and homemade presents often differ. “The thoughtfulness and time that went into buying a store-made item aren’t always immediately obvious,” Johnson comments. “And it can come off as tactless if you explain in detail how much time you put into selecting a store-bought gift.”

In the end, there’s no reason to feel ashamed of handing a homemade or a store-bought gift over to a loved one (hey, DIYs aren’t for everyone) so long as it says something sentimental about your relationship. “(Where the real enjoyment comes from) is the thoughtfulness of a gift, whether store-bought or homemade,” Johnson says. People can buy or make things for themselves, but the sensation of feeling loved and cared for can only come from others.

Team store-bought or team do-it-yourself? Tell us why @BritandCo.

Annamarie Higley
Annamarie is a Californian who's been plopped in the middle of Missouri for her undergraduate studies in magazine journalism. She's a hiker, an eater, a lover of words. In her opinion, nothing beats a well-made breakfast sammy or a well-crafted sentence.
DIY Gifts
Gifts
DIY Gifts Friends Gifts for Her
More From Gifts