Why Downplaying Career Success Can Be Hurting Your Dating Game 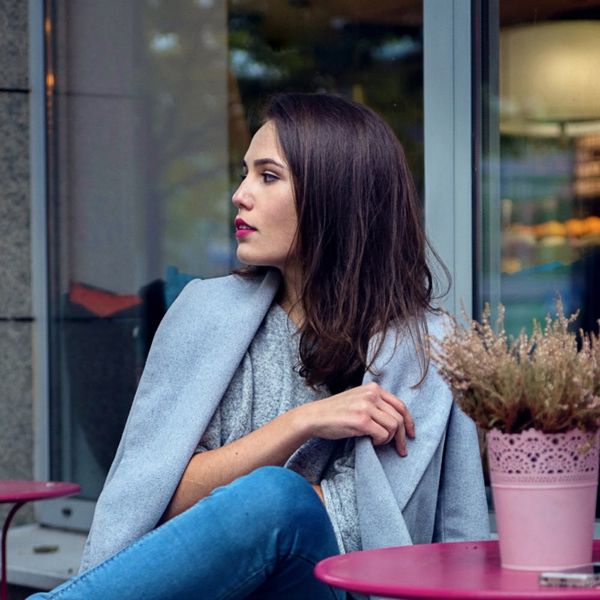 If you’re single and active on dating apps, you know all too well the struggle that comes with figuring out exactly how much information you should include in those profiles. Do your potential partners need to know that you’re afraid of heights or that you’ve never been to Europe? Will they be charmed by the news that mac and cheese is your favorite food or that you make a mean Champagne cocktail? Should you bore them with a full rundown of your resume? Among all of these considerations, you may have found yourself tempted to leave out some very important details about that thing to which you devote most of your waking hours: your career!

According to a representative from Match, the recently released results of two social experiments involving 1,200 single women demonstrate that these habits are more common than you might think. The experiments were conducted as part of a larger survey from Hill Holiday, Origin, and the Match Media Group. In the first experiment, women were asked to complete three profiles — one professional, one for social media, and one as a dating profile. Participants clearly downplayed their most awesome career accomplishments and ambitions in their dating profiles relative to the other profiles, proof that single ladies are hesitant to let their boss flag fly in front of potential romantic partners, especially men. Per Dr. Helen Fisher — biological anthropologist and chief scientific advisor for Match — this pattern speaks to a much longer history of gender roles in our society.

“Women do not want to intimidate men,” explains Dr. Fisher. For a significant part of our culture’s history, “a woman’s place was ‘in the home.’ Some men still like that role for women, so women are playing it safe, choosing to not advertise aspects of themselves that might turn off some men before they have a chance to meet.” Other stats from Match — the proverbial flip side of the coin — suggest that these widespread concerns among women seeking men are unfounded, rendering this tendency to downplay ambition totally counterproductive in the search for love. “Men like ambitious women,” Dr. Fisher tells us. “Over and over, our data at Match show that men like high-achieving women — particularly female entrepreneurs! And what is an entrepreneur but a woman who is daring, creative, and ambitious?”

The second part of Match’s social experiment put this to the test. In the experiment, two different profiles for the same woman were tested on the dating platform — one version that highlighted her professional accomplishments and another that kept them quiet. According to Match, the version that clearly called out her successes received twice as much engagement and twice as many responses as the second version. “Men also understand people who brag, and they are exceedingly comfortable bragging about themselves, while women don’t,” says Dr. Fisher. “So just brag about it! It looks transparent to you, but men understand it, appreciate it, and like it. Go for it, ladies! Don’t be shy to show men who you really are.”

While a shift toward stepping out more confidently in our profiles might help change the tides in the world of online dating, specifically, Dr. Fisher notes that women’s tendency to downplay their accomplishments is really a much bigger problem, one that represents a “culture lag” in which unattached women feel that they aren’t properly represented as successful and well-rounded. According to the results of Match’s larger study (of which these social experiments were a part), 48 percent of single women agree that single, childless women are virtually nonexistent in the media, and 56 percent feel that they are unfairly represented in TV and movies. This disconnect between how society is “told” to relate to single women and how single women actually feel about themselves could be responsible — at least in part — for the downplaying problem.

“We need to celebrate and showcase powerful, career-oriented women in our culture more,” Dr. Fisher encourages. “We need to portray women as they really are. Show her racing out the door having to get to the airport and juggling her schedule in traffic instead of doing laundry and telling her husband what toothpaste to buy. Forget the nuclear family — we must begin to represent modern women appropriately.”

How would you encourage women to own their best selves when seeking romance? Tweet us @BritandCo!

Alli Hoff Kosik
Alli Hoff Kosik is a freelance writer who is passionate about reading, running, rainbow sprinkles, her lipstick collection, watching embarrassing reality TV, and drinking pink wine. She lives in Brooklyn with her husband and (in her dreams, at least) three golden retriever puppies. Listen to her talk books on The SSR Podcast.
Dating
Relationships
Dating Girlboss Love Relationship Advice Study