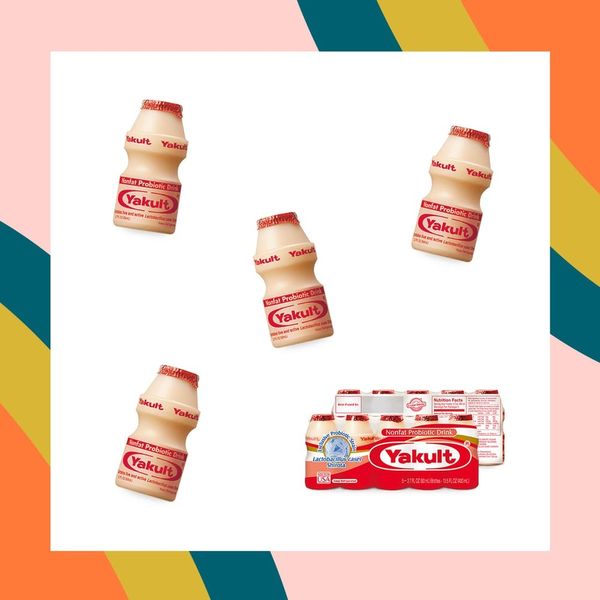 Fans of To All the Boys I’ve Loved Before adore the film’s leading lady, Lana Condor, and have fallen in love with her costar Noah Centineo. But according to Bloomberg, the movie’s popularity has sparked an obsession with something else, too: the Covey sisters’ favorite yogurt drink. (Minor spoilers ahead.)

Lara Jean and her younger sister Kitty frequently enjoy a “Korean yogurt smoothie” in the film. And while it initially seems like a random detail, it becomes much more significant when Centineo’s character, Peter Kavinsky, drives all the way across town to pick up the hard-to-find drink for Lara Jean, so she can enjoy it on their bus ride to the big ski trip. It’s that gesture that finally — finally — clues her in to the fact that their fake romance might not be entirely fake.

Savvy viewers immediately noticed that the drink’s distinctive bottle looks a lot like one used for a Japanese probiotic yogurt called Yakult. Made by fermenting a mixture of skimmed milk with a special strain of the Lactobacillus casei Shirota bacterium, the drink tastes like liquid candy. Although it was created in Japan in 1935, it first became available in the US back in 1999.

Since TATBILB‘s debut, Yakult seems to be disappearing from store shelves at an alarming rate, and Twitter’s taking note. Twitter user ItsMariaAlyssa lamented, “Yakult Shortage never happened in an Asian Country before, as far as I know. But today, my fave dairy drink is sold out in two stores. I blame you Peter K!”

Twitter user nancywyuen stocked up for nostalgia’s sake, writing, “I admit, I bought a couple of packs this past month after watching #ToAllTheBoysIveLoveBefore. But I grew up on this stuff in Taiwan. It used to get regularly delivered to my home like milk.”

Since we’ll likely be getting a To All the Boys I’ve Loved Before sequel, stores may want to start stocking up on more Yakult now.

Have you tried Yakult? We’d love to hear your thoughts on the popular drink @BritandCo!

(Photos via Netflix and Yakult)

Desiree O
Desirée O is a ‘Professional Bohemian’ who loves anything and everything related to the arts, entertainment, and pop culture. She ADORES being a ‘Newsy’ for Brit + Co, covering all of the latest tidbits of awesomeness that you want to read about. When she’s not writing, she’s either making messy art, going on long adventurous walks with her camera, or poking around over at bohemianizm (http://www.bohemianizm.com/). You can find out about Desirée O and her work at http://DesireeO.com/ or follow her on Twitter @DesireeO.
Grocery Shopping
Food News
Grocery Shopping Netflix TV
The Conversation