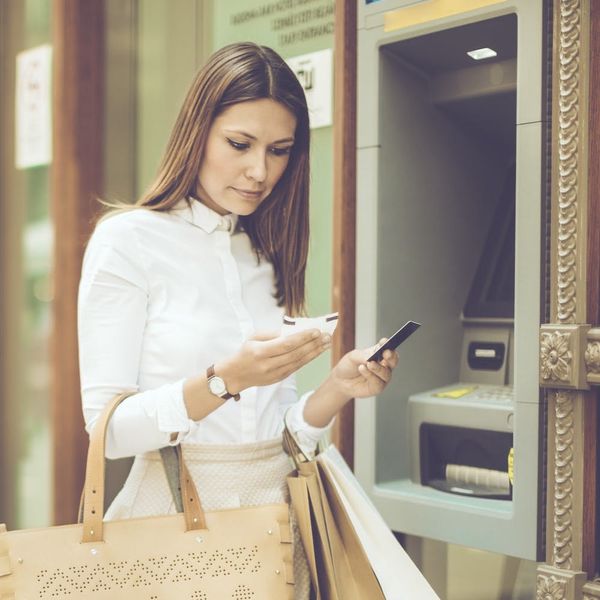 We’re moving toward a future where everything we need will probably be on our cellphones. With Apple’s new iOS 10 Beta, users will never lose their cars again. Yep, your phone is becoming more vital than ever. The newest example? Replacing your bank card with your phone at the ATM. Boy, those smartphones are sure getting smarter.

Bank of America is rolling out a life-saving update to its ATMs that will allow users to take out cash without a card. By using their phones’ Apple Pay, Samsung or Android Pay features, Bank of America customers can get cash with a flick of the wrist. The new ATMs will continue to have a card reader, with an NFC reader directly next to the card slot, according to images of the new ATMs uploaded to Imgur. The new machines are already appearing in San Francisco and Raleigh-Durham, and will continue to spread across the country this year.

There are plenty of reasons to celebrate the cardless update. It completely eliminates any worries about card-skimming and makes life hassle-free in the event of you losing your debit card. Although the new ATMs are open to everyone, this feature can only be used by Bank of America cardholders. So, sorry, there’s no cheating on your own bank with a new ATM feature. However, Chase customers can look forward to their bank rolling out cardless ATMs later this year.

Have you used one of these ATMs yet? Let us know @BritandCo!

Cailey Rizzo
Cailey is a junkie for all things pop culture. She studied journalism and English literature at SUNY Purchase, then continued studying French cinema and literature at Paris IV Sorbonne. She currently lives in New York where she can often be found singing '70s music at karaoke bars.
Apple
Tech
Apple money Tech News