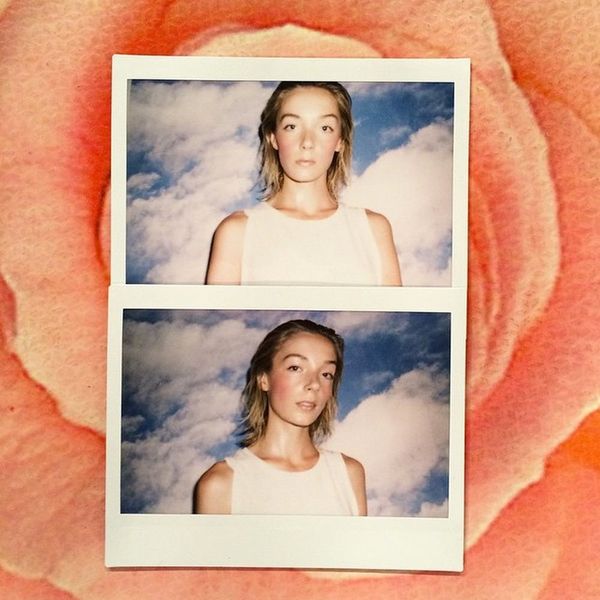 Caitlyn Jenner’s debut seems to have not only drawn attention to the transgender community, but also launched a full-blown movement. Since then, Miley Cyrus has created an Instagram campaign showcasing the beauty of the trans community, Apple Model Management recently launched the first all-trans modeling agency in the world, & Other Stories just used two stunning transgender models in their latest ad campaign, the list goes on… And so it makes total sense that a space should be created where agender fashion can not only be featured, but be the main focus. Introducing: You do You.

The new online destination describes itself as a web platform built to showcase fashion, art, culture, etc. in an agender space. YDY’s Creative Director Logan Jackson explains, “The website exists for everybody all the time. So no matter who you are or who you identify as, hopefully you’ll find something here that will be useful to you, inspire you or be something you think is cute/cool/nice/fun/thought-provoking. We’ll be creating new stuff all the time, inviting great people to collaborate and contribute, and speak their minds.”

We chatted with both Logan and the site’s founder, Kristiina Wilson, to learn a little more about what You Do You is all about and what they have in store for the future.

Brit + Co: Was there any sort of defining moment that made you realize this was a space that should exist?

Kristiina: Yes and no. YDY was born out of my dissatisfaction with working in fashion, gender disparities, biases and discrimination within the industry, and just a general sense of losing my voice within that world. While looking for a new space for myself, I realized that what we really needed was a space for EVERYONE, which is what YDY hopes to be. There are so many websites and portals that are exclusively for women, or exclusively for men, but nothing that brings everyone together in a spirit of unity and togetherness. We are really trying to bring down the gender barriers so that we can all just exist as people, while still dressing and looking as cool as we want.

Recently the transgender model Valentijn De Hingh, who was featured in & Other Stories’s recent campaign, told WWD something I’d love to get your opinion on. She said, “The thing that you have to be worried about is that it’s [attention to trans people] not just a fad. It’s not a fashion trend to have transgender people in a youth campaign, then after two seasons not have them anymore.” Do you think this should be a concern or do you see it differently?

Logan: I think it is a real concern. The fashion industry has change written in its DNA. So on one side, you could look at it as a positive for being able to accept many other gender identities into its canon. On the reverse, it’s easily believable that the industry looks at trans people and gender neutral clothing as a passing trend. Though in my opinion, I feel that so many people really are embracing this way of creating and participating in fashion with such enthusiasm that I can’t really match with past events in fashion. So much of the new talent strongly believes this diversity is necessary. All this gives me the feeling that it won’t so easily be replaced as a trend.

What do you and your team hope YDY develops into as it grows? Any big projects in the near future?

Kristiina: YDY has a number of interesting partnerships and collaborations in progress, both with fashion houses/designers and with bigger print publications. We are super excited about getting our message out in a bigger way, and of course with the ability to both work with and showcase more and more amazing people. We are also planning to work with several brands as consultants, helping them make their gender-separated collections more fluid. We have a lot of exciting projects in the works!

Logan: I think the goal is to eventually grow as a company and hire more creatives; this would help us expand and hopefully reach a much larger audience. As we grow we’ll be capable of producing more and catering to everyone more easily! Yay! And we can move out of the basement we work in.

What’s your favorite feature on You Do You? Share with us in the comments below.

Cortney Clift
Cortney is the senior writer and special projects editor at Brit + Co. She typically covers topics related to women's issues, politics, and lifestyle. When she's not buried behind her computer you'll find her exploring New York City or planning her next big adventure.
transgender
Gender Issues
transgender