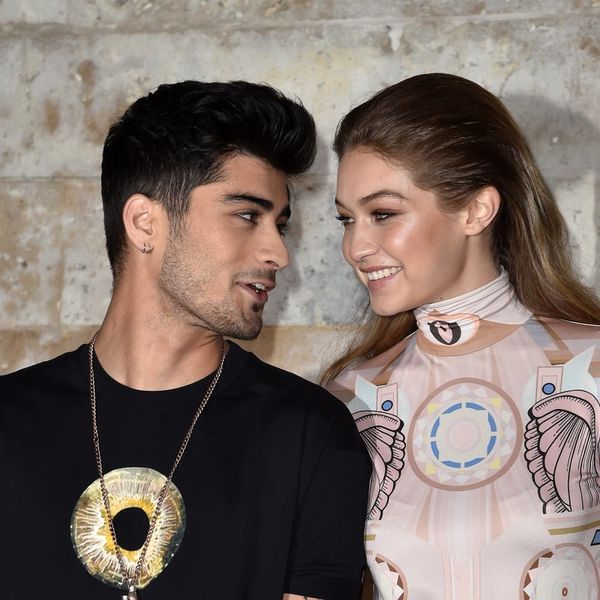 When it came to Halloween 2017, there were plenty of amazing couples’ costumes to ooh and aah over, like Sarah Hyland and rumored new BF Wells Adams and Kim Kardashian West with everyone except her husband Kanye West. But leave the world’s possibly most photogenic couple Gigi Hadid and Zayn Malik to come up with the most ‘grammable matching ensembles for October 31.

The couple, who have been dating since 2015, went as the Amazing Spider-Man and his love interest/ally Felicia Hardy, AKA The Black Cat. Who knew the duo were such comic book fans?

The model shared an adorable pic of their Halloween getup on — what else? — Instagram. “Spidey’s girl,” Hadid captioned a sweet pic of her own personal superhero quite literally sweeping her off her feet. The Maybelline brand ambassador nailed the head-to-toe leather look, polishing it off with a platinum blonde wig and a black mask outline. Meanwhile, Malik wore a seriously convincing Spider-Man suit, complete with a mask.

She also gave us a look at her man getting his Spidey workout in as he did some impressive pull-ups from a staircase landing. Okay, so we know she’s not dressed as MJ, but could they recreate that upside-down Spider-Man make-out sesh?

Who do you think had this year’s best couples’ costume? Share with us @BritandCo.