Your Biggest Pet Peeve, According to Your Zodiac Sign 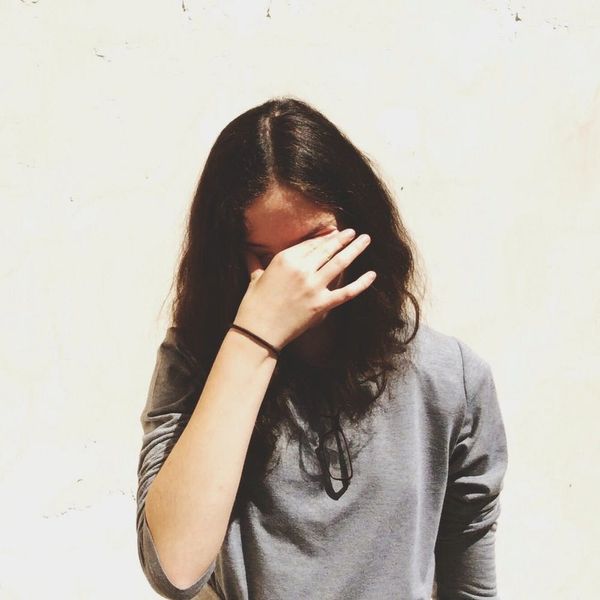 When we read about what each state hates the most (LOL North Dakota, are tapas so bad?!?), it got us thinking — pet peeves are at once a deeply personal quirk while at the same time incredibly relatable for so many. And they can inspire serious outrage in the most even-tempered among us, which is precisely why we thought it would be fun to figure out each zodiac sign’s biggest pet peeve. Scroll below to discover your sign’s most irksome quirk.

Indecision: If your S.O. says “I don’t know, what do you want to eat?” one more time — grr! Aries, you’re one of the most self-assured, confident signs of the zodiac, and you’re often annoyed by those who just can’t seem to make up their minds. You’ve been known to make more than an occasional decision on a total whim, without so much as a second thought, but patience is a virtue. Whether it’s choosing a restaurant or deciding on a new haircut, just remember that indecision isn’t necessarily a sign of weakness.

Being Rushed: Leaving your house at all is already enough of a feat for you, Taurus, but if someone is rushing you out the door, that stubborn streak will rear its head in two seconds flat. You hate feeling rushed and will plan your days with enough relaxation and rest time built in to keep yourself grounded. Classic earth sign move.

Slow Internet: Your insatiable curiosity stops for no one and nothing, which means that slow internet is basically your Kryptonite. There’s nothing more annoying to your fast-paced thought process than an internet connection that can’t keep up. A spinning rainbow wheel or turning sand dial when you’re just trying to figure out what kind of whales live in the Atlantic Ocean makes you want to hurl your laptop through an open window. Try and breathe through it (and maybe switch coffee shops!).

People With No Personal Space Boundaries: The crab, with its protective outer shell, is your celestial counterpart for a reason. Your personal space is sacred to you, and nothing rattles you more than a person who’s standing a little too close in line or someone bumping into you on the sidewalk. That lunar emotionality is just no match for those close encounters of the unwanted kind.

One-Uppers: Of course, the reason you get so annoyed by those folks who just have to win is because you can be one too, Leo (hey, just telling it like it is!). You’ve got a rep for being a bit of a scene-stealer, so when someone comes along who has to prove themselves one better, your inner lion comes out at a full roar. Just remember — there’s enough spotlight for everyone.

Grammatical Errors: Their, there, and they’re — they all mean different things, people! Given Virgos are notorious perfectionists, it should come as no surprise to anyone that grammar and spelling mistakes are a major pet peeve of yours. You’ve got that analytical, detail-oriented brain that just can’t let a misplaced semicolon slide.

Interrupters: No one is more gracious, fair-minded, and considerate than you, diplomatic Libra, so someone who constantly interrupts is understandably hard for you to take. You’d never think to talk over someone in the middle of their own story, so why would anyone do it to you? Of course, your peaceful demeanor means you’ll never confront the offender, but sometimes if you simply stop talking after the second interruption, they’ll get the hint.

Complaining: Oh, sorry, is your boss getting you down? Wish you had time to work out more? Can’t with your S.O. leaving their dishes in the sink? Do something about it! Scorpio, you’re full of passion and are totally brave, which means you have no time for people passively complaining about their problems. You’re action-oriented, which means you’ll find a way out of any problematic situation that might arise. Just remember others may need a moment to talk it out before making a plan, and extending your own resourcefulness can only help speed up the process. And we know how important it is to you to be a good friend.

Slow Walkers: Sag, you’ve got places to go and people to see — there’s a universe out there just waiting to be discovered. Which is why it’s so insanely beyond frustrating for you when people are taking up the whole sidewalk, walking slower than molasses. We completely understand your enthusiasm and need to be free, but try to remember not everyone shares that same adventurous spirit. You’ll get there no matter what, promise.

Lateness: You’re responsible, practical, and disciplined — and you are not here for anyone’s lateness (literally — you’ve been known to leave brunch just to teach your friends a lesson). Your incredible self-control means you’re a time-management aficionado and don’t like to disrespect someone else’s time by being late. You obviously expect the same from others, even if they’re acting on their best intentions. Totally understandable, but for your heart rate’s sake, bring a book next time and get some reading in while you’re waiting on that notoriously late friend.

Being Told What to Do: When you were little, there was no worse insult you could think of than to call someone bossy. The very idea of telling someone what to do (and someone telling you what to do) makes you do a full-body cringe, since independence and freedom are so fundamental to who you are. So, yes, those friends, coworkers, and strangers who have no problem bossing you around often get the brunt of your notorious temper. Just don’t let this become a full-blown case of having “a problem with authority,” since sometimes people (like, say, your actual boss) do know what they’re talking about.

People on Their Phones at Dinner: Sure, you’re compassionate, thoughtful and empathetic… except, you know, when people are rude AF and keep looking at their phones all night!!!!!! When you’re at dinner with someone, you’re there to really engage — to listen, share, connect — and distracted, half-listening dining mates make you crazy. Instead of silently fuming, however, maybe just gently remind your friend that you can’t wait to catch up, but need their full attention for your juicy stories.

What’s your biggest pet peeve? Does it align with your sign? Tweet us @BritandCo and let us know!

Megan Parry
Megan Parry is a lifestyle writer living in Philadelphia where she's making generous use of her library card, obsessively reading friends' natal charts, and learning how to differentiate between "dried apricot" and "juicy apricot" notes in wine.
Self
Creativity
Self Zodiac