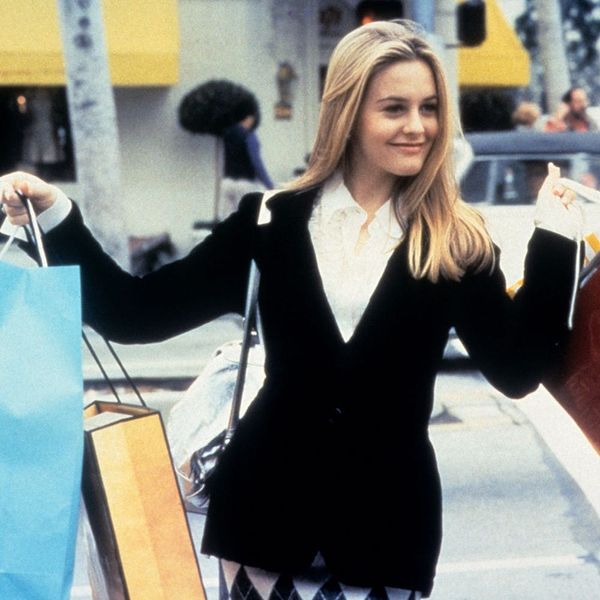 We were thrilled when Alicia Silverstone revealed what’s inside of her makeup bag and loved the fact that she gave us a peek at her gorgeous garden harvest, but now we’re totally cringing over her one major Clueless regret.

Silverstone was only 18 years old when she starred as the iconic Cher Horowitz, and while we’re well aware of the movie’s classic (as Cher would say) status, at the time, the young actress had no idea how beloved the film would become. That’s perhaps why the now-40-year-old woefully admits that she gave away her stellar wardrobe.

“I took so much of the clothes,” she revealed to ET, though she also admitted, “I’m really sad because I don’t have any of them anymore because, like a ding dong, I got home with so many of the clothes and I was like, ‘How am I going to wear these Mary Janes out now?’”

Though, to be fair, at the time she was not only unaware of how massive the movie would become, but it may surprise you to find out that the gal who played the style-savvy Cher wasn’t actually into fashion. “I just didn’t get fashion at all,” she admitted, adding, “I was just kind of a tomboy and I just wasn’t into it, so when we had the [Clueless] fittings, I was just like, ‘What is going on? Why am I in these fittings for so long?’ I just didn’t get it until I saw the movie and I was just like, ‘Oh I get it! The costumes are the star of the movie!’” The fashion was certainly a key part of the story if not the star, per se.

However, this explains why Silverstone didn’t hold on tight to her wardrobe once the filming was finished, saying, “Like that girl who wore jeans and a green t-shirt didn’t know how to transition [to the Clueless kinda clothes], so I just gave a lot of it away. I don’t have any of it but I had a lot of it.” *sigh*

Perhaps an outfit program might have helped Silverstone in a very Cher-esque way.

What do you think about the fact that Alicia Silverstone gave her Clueless clothes away? Let us know @BritandCo!