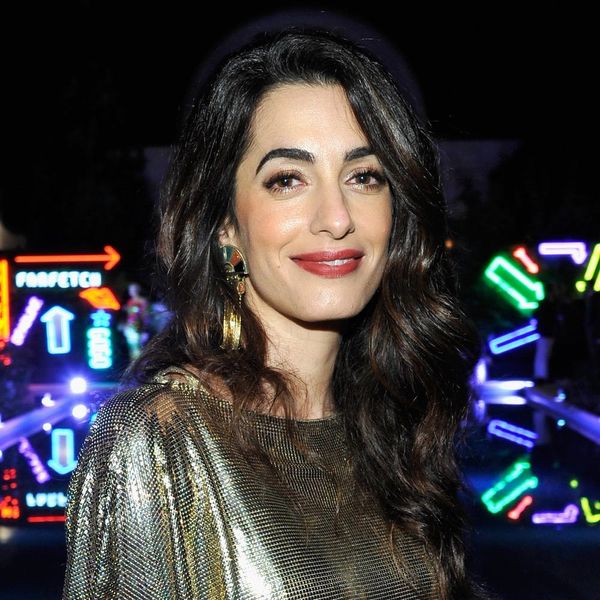 There’s nothing like a good celeb #TBT — especially when it’s totally unexpected! After Ellen DeGeneres gifted us all with side-by-side yearbook photos of lovebirds Gwen Stefani and Blake Shelton, the social media Gods gave us another early Christmas present in the form of a pic from another huge star’s high school days: Amal Clooney.

The Mirror released a photo of the then 17-year-old Clooney (then Alamuddin), looking as poised as ever in a fiery red shirt and a chic lob tucked stylishly behind one ear: Talk about skipping over the awkward stage!

The yearbook photo was taken during the now 39-year-old Clooney’s graduation year (1996, FYI) from Dr Challoner High School — an academically rigorous, all-female grammar school for girls aged 11-18 located in Buckinghamshire, England. The future mother of two would soon be headed to Oxford University (which just might explain the smile on her face)!

Amal Clooney, 17, is picture of innocence in first ever pictures from her student days at exclusive all girls grammar school https://t.co/BzgXCJoifh

Her hard work definitely paid off: After killing it in college (her nickname at university was reportedly “Just Cause” for her interest in politics), she hopped the pond to attend NYU’s prestigious law school and eventually became the highly successful human rights lawyer that she is today (not to mention a major fashion icon).