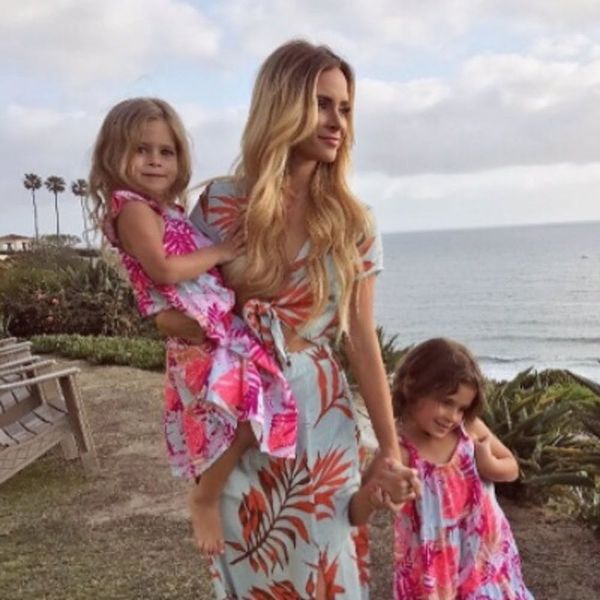 It may seem like everyone is focused on the Bachelor in Paradise controversy right now (and you can’t really blame them, TBH), but Amanda Stanton has her hands full for a very different reason. Since returning home from Mexico this past weekend along with the rest of the BIP cast, she’s been busy dealing with trolls who have come out in force to criticize her decision to appear on this season of the reality show, specifically because she’s a mom.

“I don’t normally like to address the trolls / mom-shamers,” Stanton shared via an Instagram story, “but it’s so out of control!” The 27-year-old mother of four-year-old Kinsley and three-year-old Charlie continued, “I’d like to take a moment to clarify first of all that my kids DO have a father that is part of their life. They spend time with him too.” Always nice to hear about active co-parents.

However, Stanton then revealed what happens whenever she’s spotted without her little ones, writing, “So if you see a photo of me without my kids one weekend and comment something like ‘mother of the year’ or ‘wow shouldn’t she be with her kids?’ Well, there’s a VERY good chance that I can’t be with them because they’re with their dad.”

She went on to address the BIP-related criticism directly, explaining that “[as] far as Bachelor in Paradise goes, it doesn’t film for very long at ALL. I know it airs for 2 months… but it actually takes a lot less than that to film it.” And while Stanton acknowledged that “most parents don’t go on reality TV shows,” she also reminded those trashing her choices that “everyone’s lives are different… My kids are my entire world. I am doing my best to give them a great life.”

Of course, Stanton’s trip to Paradise ended up being even shorter than she planned. But according to some reports, she sparked a connection with former The Bachelorette contestant and surprise Bachelor in Paradise bartender Wells Adams (clearly proving that she’s ready to move on after her nasty breakup from Josh Murray).

What do you think about Amanda Stanton’s response to the mom-shamers? Let us know @BritandCo!