Here’s When You Can Watch Katy Perry, Luke Bryan, and Lionel Richie on “American Idol” 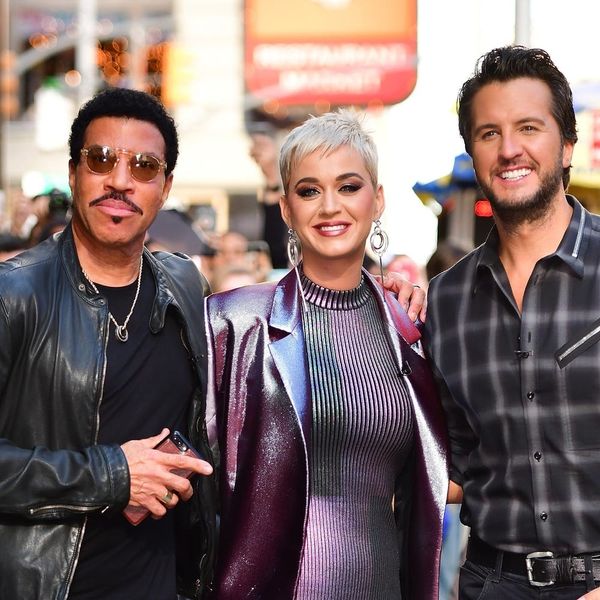 American Idol locked down its final three judges back in September, leaving fans stoked by the news that Katy Perry, Luke Bryan, and Lionel Richie would officially be coming aboard the reboot to share their expertise with Idol hopefuls. Now, an official date for the show’s return has been set, and we’re already marking our calendars.

The trio of potentially life-changing decision-makers all took to Twitter to share the big news, with the “Swish Swish” singer popping up a shot of herself, her fellow judges, and Ryan Seacrest, who will be back to reprise his old role as show host.

“☑ your calendars 🇺🇸 let’s find an IDOL❗@AmericanIdol will premiere Sunday, March 11 on ABC. #AmericanIdol,” she wrote.

Richie also revealed the date with a spoken word video for fans, promising, “I’ll see you there.”

Mark your calendars. You don’t want to miss this. March 11th on @ABCNetwork. #AmericanIdol https://t.co/ZL48mFxJOs

Seacrest also had some fun with the announcement, tweeting out an LOL-worthy suggestion to Perry and the crew. “You guys want to carpool?” That would certainly be quite the ride, no?

The talk show personality also shared the date on his own morning show, noting that he might be slightly less cheery on Mondays from now on, as he’ll be filming LIVE With Kelly and Ryan in New York Monday through Friday before flying to LA to film Idol on Sunday nights in Los Angeles: phew! “You’ll have to deal with me on Monday mornings,” he joked to co-host Ripa.

If you missed it 1) what were you thinking… and 2) @AmericanIdol premieres Sunday, March 11 at 8p on ABC! #thenextidol pic.twitter.com/QgJXrxTepS

The new incarnation of American Idol will kick off with a two-hour episode that will air at 8/7c on ABC. And, if you’re already curious about the next (or first, depending) audition action, you can watch via Instagram as the Idol crew heads across the country looking for its next musical superstar.

Will you be watching when American Idol returns on March 11? Let us know @BritandCo!

Desiree O
Desirée O is a ‘Professional Bohemian’ who loves anything and everything related to the arts, entertainment, and pop culture. She ADORES being a ‘Newsy’ for Brit + Co, covering all of the latest tidbits of awesomeness that you want to read about. When she’s not writing, she’s either making messy art, going on long adventurous walks with her camera, or poking around over at bohemianizm (http://www.bohemianizm.com/). You can find out about Desirée O and her work at http://DesireeO.com/ or follow her on Twitter @DesireeO.
Fall TV
TV
Fall TV Katy Perry TV