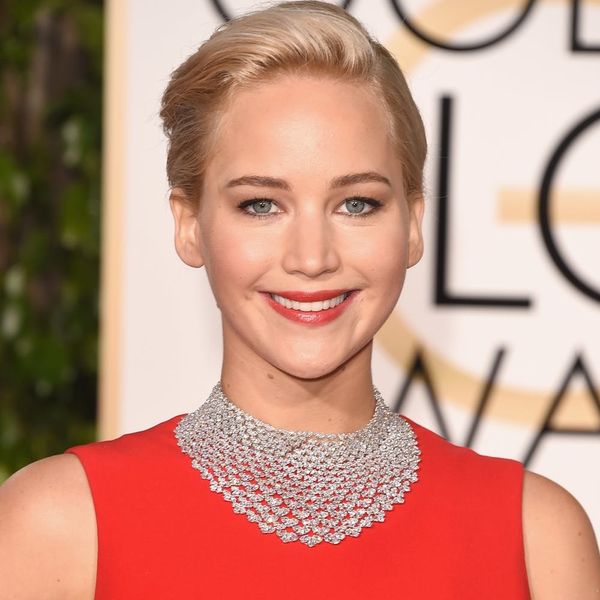 Over the last year, Amy Schumer and Jennifer Lawrence have gone from two ladies in our dream brunch squad to the quirkiest, coolest best friends in show biz. Despite being besties, going on vacation together and collaborating on upcoming projects, tonight’s Golden Globes marks the first time the pair have attended a Hollywood event together — and the results of their shared screen time are as awesome as we’ve been expecting.

Having hung out all the time in “real life situations” as Amy described it on the red carpet to Matt Lauer, the two actresses who currently rule the screen (separately) finally got to share a stage together at a big Hollywood event. And, naturally, they killed it.

Although the duo missed the opportunity to create their OWN celebrity couple name, Jennifer and Amy got up together to introduce clips of their nominated films and showed a glimpse of onscreen chemistry that we wouldn’t mind watching in a full-length film.

So what happens when their category is announced? While we’re sure the ladies have a plan that will make us all laugh a la Melissa McCarthy and crew at the 2011 Emmys (at least we hope), when Matt Lauer asked JLaw on tonight’s red carpet if she and Amy had been discussing their nominations in the same category, Jennifer responded that the two have been talking about anything and everything else. Fair.

How much do you love Amy Schumer and Jennifer Lawrence? Tell us @britandco!

Desiree O
Desirée O is a ‘Professional Bohemian’ who loves anything and everything related to the arts, entertainment, and pop culture. She ADORES being a ‘Newsy’ for Brit + Co, covering all of the latest tidbits of awesomeness that you want to read about. When she’s not writing, she’s either making messy art, going on long adventurous walks with her camera, or poking around over at bohemianizm (http://www.bohemianizm.com/). You can find out about Desirée O and her work at http://DesireeO.com/ or follow her on Twitter @DesireeO.
Golden Globes
Pop Culture
Golden Globes