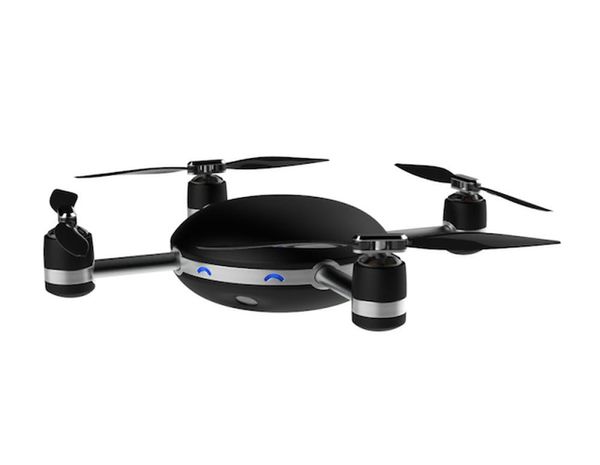 Antoine Balaresque is the CEO of Lily Robotics, a company whose mission is to “release human creativity by inventing tools that allow for effortless expression,” — sounds right up our alley, huh? The small but scrappy team, led by Antoine, created a product called Lily (a robot-esque flying camera), which is the world’s first throw-and-shoot camera: You throw it in the air and it flies itself, following its subject and capturing footage from totally unique angles. It’s obvious why we wanted to hear everything Antoine has to say about robotics, products and more at this Friday’s Re:Make. Here’s what Antoine had to say about the industry he’s in, how he gets his day started and his favorite apps.

This is how I start my day:

At 5:30 I wake up and head out for a run. I think that exercise is a great way to prepare for the day and avoid stress.

What is the last thing you made that you were really excited about?

A double-binder-clip phone holder for my car. I put two binder clips together. Clip one to your car vents and the other one the top of your phone. It works well when using navigation from your phone. Tip: you can add gorilla tape to make it smoother on your phone.

What inspires you and where do you go to find it?

I’m inspired by some of the great figures in history — Jobs, Einstein, Columbus. I also find inspiration in architecture. The Golden Gate Bridge. The pyramids. The Eiffel tower. Guggenheim Bilbao.

What advice would you give an intern on the first day at their dream job?

Who is your favorite maker or someone who’s up-and-coming and doing something really cool in your field?

I thought that Saurabh and his Rubik’s was amazing. It is especially fun to see someone so young with so much talent and such an enthusiasm for building novel things. I might be biased because his specialty is robotics!

What is your secret to overcoming creative block and finding productivity?

I think that going for a walk, especially in nature, is a great way to quickly clear your mind. I also find that I am much more productive when I take the time to focus on my health and well-being. Exercise, healthy food and sleep are the keys to functioning at your highest level.

What apps do you use daily?

I love Audible — it’s a great way to get a chance to read when you are short on time. I usually listen while driving. I just finished Einstein’s autobiography and now I’m listening to The Founder’s Dilemma. I also really like Headspace, an app that walks you through guided meditations. It’s a really great way to prepare for a busy day.

Want to ask Antoine any questions before he speaks at Re:Make? Share your questions for him in the comment section below.

Beth Wischnia
You can typically find this Texan writing, trying on a new lipstick, gabbing with her identical twin sister or volunteering at the local animal shelter. She finds inspiration from rosé, beauty products, Tex-Mex and cats.
Re:Make
Tech
Re:Make