11 New Flicks + Shows to Stream on Netflix This Month 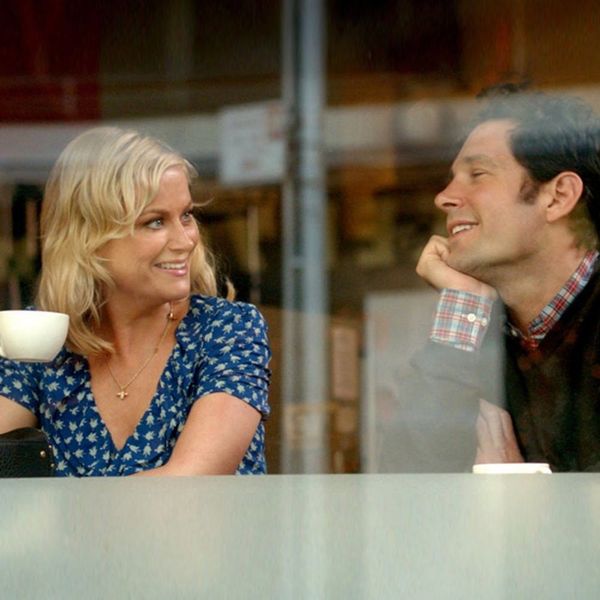 There’s a good chance that you haven’t finished your to-watch list for March, but Netflix is throwing some more titles at you this month. Since spring is determined to send some rain your way, spend those gray-sky days powering through your queue. Grab some friends, load up your popcorn bowl, whip up some spring cocktails and get the remote ready.

1. Life Partners: A 29-year-old lawyer (Gillian Jacobs) and her lesbian best friend (Leighton Meester) experience a dramatic shift in their longtime bond after one enters a serious relationship. Admit it — you’re totally curious to see Meester as someone other than Blair Waldorf. (Photo via Magnolia Pictures)

2. National Treasure: Historian and code-breaker Ben Gates (Nicolas Cage) has been searching his whole life for rumored treasure dating back to the creation of the United States. If you haven’t seen this classic, the film is available to stream on April 27. (Photo via Buena Vista Pictures)

3. A Girl Walks Home Alone at Night: Residents of a worn down Iranian city encounter a skateboarding vampire (Sheila Vand) who preys on men who disrespect women. Not only is this a great film to watch with your girlfriends, but the soundtrack is amazing. The film is up for streaming on April 21. (Photo via SpectreVision)

4. Hot Fuzz: As a former London constable, Nicholas Angel (Simon Pegg) finds it difficult to adapt to his new assignment in the sleepy British village of Sandford. Not only does he miss the excitement of the big city, but he also has a well-meaning oaf (Nick Frost) for a partner. However, when a series of grisly accidents rocks Sandford, Nick smells something rotten in the idyllic village. Stream it starting April 16. (Photo via Universal Pictures)

5. The Babadook: After reading a seemingly innocent children’s story to her son, a single mother unknowingly invites a sinister presence into her home. This supernatural storyline also happens to run parallel to the widow’s struggle with maternal depression, showing that guilt, isolation and despair can grow as large as any monster. If you’re a horror movie enthusiast, this will be right up your alley — just watching the trailer gave us the chills! The Babadook will be available to stream on April 14. (Photo via IFC Films)

6. They Came Together: The owner of an independent candy shop and the corporate stooge who has been sent to shut her down begin an unlikely romance. Amy Poehler and Paul Rudd lead a cast of hilarious A-listers for David Wain’s satirical romantic comedy, available to stream starting April 17. This is the perfect film to watch with your girlfriends. (Photo via Lionsgate)

7. The Quiet Ones: An unorthodox college professor leads his best students off the grid to perform a dangerous experiment to create a poltergeist. Operating under the theory that paranormal activity is triggered by negative human energy, the group uses a series of tests to push a young woman to the edge of sanity. This film may require a security blanket and you may want to leave the lights on. (Photo via Lionsgate)

8. Halt and Catch Fire: It’s the early 1980s, and the spirit of innovation in personal computing is about to catch fire. Hot on the trail is a renegade trio — a visionary, an engineer and a prodigy — who risk everything to realize their vision of building a computer that can change the future. AMC is known for its dramas, and this one is not to be missed. (Photo via AMC)

9. The Beautician and the Beast: After beauty school teacher Joy Miller (Fran Drescher) becomes a local hero, she’s offered a job by Ira Grushinsky (Ian McNeice), an emissary from the Eastern European nation of Slovetzia. Boris Pochenko (Timothy Dalton), the country’s dictator, wants to improve his image by hiring an American tutor for his children. Mistaken for a real teacher, Joy arrives in Slovetzia and soon bumps heads with Boris while brightening up palace life. Sounds familiar, right? (Photo via Paramount Pictures)

10. The Big Lebowski: Jeff Bridges plays Jeff Lebowski, a laid-back, easygoing burnout who happens to have the same name as a millionaire whose wife owes a lot of dangerous people a whole bunch of money. Steve Buscemi and John Goodman’s exchanges are priceless and Tara Reid’s performance as trophy wife Bunny Lebowski is not to be missed. It’s available for streaming now. (Photo via Gramercy Pictures)

11. Louie, Season Four: Louie C.K. stars as a fictionalized version of himself, a comedian and newly divorced father raising his two daughters in New York City. You’ll laugh, you’ll cry and you won’t be able to stop cringing. Stream it now on Netflix. (Photo via FX)

What are you excited to see on Netflix this month? Tell us in the comments!