I Had My Aura Read and Here’s What Happened 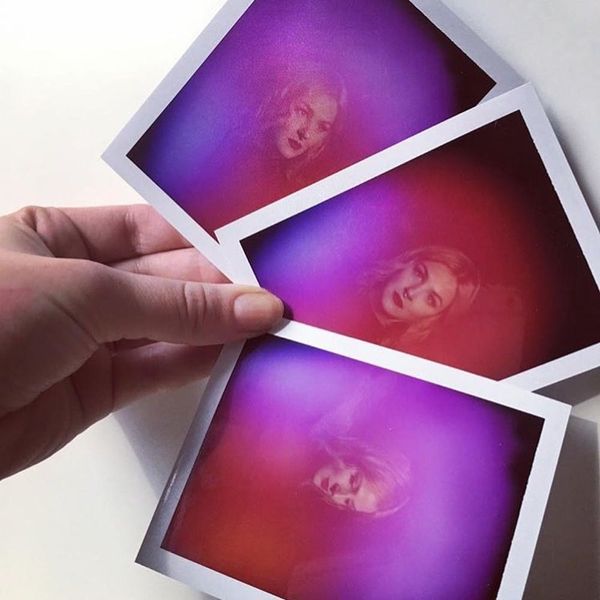 When you’re a well-documented natural wellness nerd with a hobbyist-level interest in the zodiac, explaining to your coworkers at happy hour that you’ve got to run so you can make your aura-reading appointment feels like an inevitability realized. At least, that’s how it felt last May when I informed my team I was heading to Philadelphia’s Moon + Arrow to get my aura photo taken and read by Christina Lonsdale at the Radiant Human popup. It’s something I’d been dying to do since I heard Lonsdale explaining her practice on the That’s So Retrograde podcast in 2015, so I more-than-happily forked over the $35 to reserve my spot in line for a session (her readings sell out, and they sell out fast).

🛄 COME WITH ME! 🛄 After some much needed time off, I'll be traveling for the next little bit, and Im soooo excited to see all my NY friends! Like @meredithjenks (the one who took this epic photo) and all you Radiant Humans (and bodegas) out there making magic IRL. If you've ever been curious about all the places this project goes, follow my story, I'd love for you to come along with me.

That’s right — Lonsdale, a Portland-based visual artist with a family connection to the cosmic (more on that in a bit) has a (rare) camera that photographs your aura. Designed and built by Guy Coggins in the 1970s, the camera is connected to silver-plated sensors and “those sensors are able to identify your body’s electricity and translate that into a color, since both have wavelengths, and that color shows up as a secondary exposure,” Lonsdale explains. In essence, the camera works as a visual biofeedback monitor to outwardly express your inner vibe.

🎬LA STORIES!!🎬 Rezys are booked for dates at @individualmedleystore, @poketo & @forgela, so I’ll be opening walk-up spots so you can still get in! Check the website for specific dates and times. Each day my list starts new and you can check in with my assistant when you arrive-- I’ll keep you updated through Stories in case the list fills up for the day so be sure to stay tuned in so you dont waste a trip📡 P.S. there's a few spots left for our dates with @theelderstatesmanofficial if you prefer a confirmed spot.

Lonsdale’s traveling photo studio setup is appropriately otherworldly in its aesthetic — a white geodesic dome that would look just as at home in a Mars exploration movie as it does in the middle of a vintage store. Once you’re inside the tent for your session, Lonsdale situates you on a small stool and places the “reader” — a rectangular box topped with two silver sensor plates for your hands — on your lap. Then you sit perfectly still while she snaps a Polaroid-esque photo. In time, all will be revealed.

Before she actually took my photo, Lonsdale explained to me that she doesn’t technically identify as a healer and considers Radiant Human an art project rather than a psychic one, explaining “as an artist, your work does the talking; your primary responsibility is to create the experience or to start the conversation, not to guide people to a certain outcome. As a healer, you are working for a particular outcome.” In fact, Lonsdale actually began Radiant Human back in 2013 as a simple social media photography project, posting aura portraits on Instagram for fun.

🚀BLAST FROM THE PAST 🚀 In the beginning it was just me, my camera and a handful of good friends willing to work for a free plane ticket. One of the first unexpected boosts for this project came from an invitation to the @goop office to photograph @GwynethPaltrow and team. It was such a trippy/fun email to get!! Fast forward 3 years later and I'm excited to be coming full circle to partner with them for #ingoophealth on June 10th. If you're coming too, be sure to say HI 👋🏼

It wasn’t long before the project started to grow and Lonsdale began driving around the country, setting up shop for everything from a 10-day residency at the Whitney Museum in New York to a two-day stint at a local crystal shop in Los Angeles. There’s also the time she got invited to the GOOP offices to photograph Gwyneth Paltrow, and the night she had a session with Zosia Mamet at her wedding. This gal is cosmically cool.

⏰NEW YORK MINUTE!⏰ Told you it wouldn't be long!! Planning my summer dome landing as we speak so get ready! JULY 24th & 27th location and timing in the link in my bio. Can't wait to see you 💕

That wasn’t always the way, however. Lonsdale explains that she grew up on a commune (that her dad started) and her mother is an artist who “will paint a particular dream or vision that she’s had, and in these paintings, there are typically auras and spirits that create the energetic backdrop of the story in the painting.” But if you’d asked her teenage self if she ever thought she’d be photographing auras as an adult, she says “like most kids, I resisted. If you asked me about auras in my teens, I WOULD HAVE GAGGED.” Now, though, she admits that “when you look at [her mother’s paintings] you can see that this is clearly some kind of subconscious influence for me.”

⏰DENVER ITS TIME!!⏰ Reservations are now available (link in bio) for Denver 2/23-2/26 at @teatrodenver and @ritualcravt . So excited to partner with these sweet hosts!! This stop is a direct response to all of our online submissions, you would be surprised how much we take these into consideration when planning my tours. If you want me to go to your city, check out my website and fill out my request form, it's literally like two questions. For those of you that already have, I haven't forgotten about you!!! Cant wait to see all of you soon💕

So what is an aura, anyway? Lonsdale explains it as “your energy field, so of course, that can change and fluctuate because energy changes and fluctuates. Although we do have key personality traits that typically stick with us throughout our lives, and our attitudes or personalities obviously affect our energy,” which means it can fluctuate over time, mood, and experience.

Each aura color corresponds to a connected grouping of characteristics and emotions, and Lonsdale is quick to point out that there’s no “wrong” aura (people often freak out if their aura turns out to be mostly red, since they identify that as a “negative” color). Turns out, mine is an inky mix of purples and blues, which signifies loyal, nurturing, emotionally sensitive, and nonjudgmental traits — I like to be surrounded by people who inspire me, and my friendships are important to me. There’s just a little bit of white in the left-hand corner, which Lonsdale said could mean I’m feeling some confusion with too many options in one area of my life. Accurate.

Lonsdale is on tour constantly, like some kind of cosmic rockstar, complete with sold-out shows and followers who keep coming back. With just over 21,000 aura portraits taken (and counting!), Lonsdale understands that her work is more than just a navel-gazey extension of our current selfie culture. She says, “To capture your own energetic evolution throughout these moments of being a complex human… THAT is what makes the concept of a selfie in this context so interesting and is really one of the most rewarding aspects of this project for both my subjects and myself.” I have to agree — even if you don’t fully believe in the concept of auras, talking with a stranger about the innermost workings of your being is a strangely comforting and vulnerable experience.

Have you had your aura read, or would you do it? Tweet us @BritandCo and let us know what you think!