Are Bella Hadid and The Weeknd Back On? 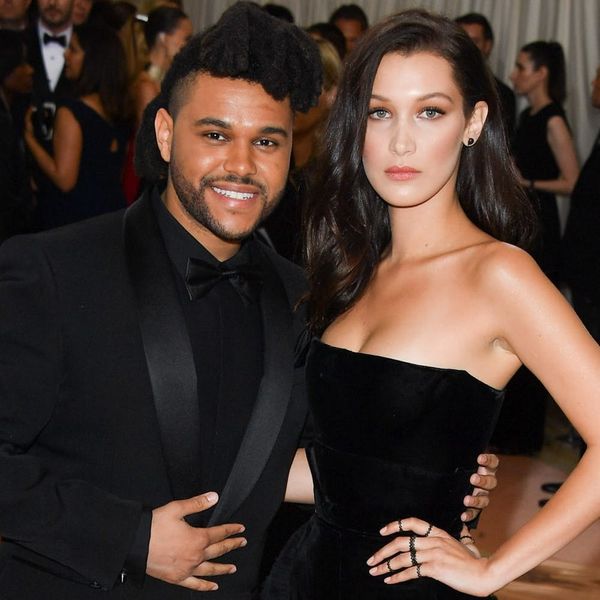 Kendall Jenner’s see-through outfits aren’t the only ones heating up the 2018 Cannes Film Festival! Bella Hadid and The Weeknd, who split back in November 2016 after nearly two years just before the Victoria’s Secret fashion show, also have tongues wagging in France.

Rumors first began flying that the former pair were back on at Coachella, when they were reportedly spotted kissing. Hadid quickly shut the chatter down however, responding to a story on E!’s Instagram page by writing, “It wasn’t me!”

In a picture captured from a Cannes Magnum x Alexander Wang party over the weekend, the singer and model can be seen huddled together in the VIP press area, where they were caught sharing a smooch.

A photo posted to a fan account also showed the exes taking in a screening of Ash Is Purest White together.

Abel Tesfaye (The Weeknd’s given name) posted a solo shot of himself in the theatre, writing, “Honestly just tryna’ watch movies.”

The “Call Out My Name” crooner split from his other high-profile ex, Selena Gomez, in October of last year. Hadid has remained single since their breakup.

Do you think Bella and The Weeknd should get back together? Share with us over @BritandCo.

Nicole Briese
Nicole is the weekend editor for Brit + Co who loves bringing you all the latest buzz. When she's not busy typing away into the wee hours, you can usually find her canoodling with her fur babies, rooting around in a bookstore, or rocking out at a concert of some sort (Guns N' Roses forever!). Check out all her latest musings and past work at nicolebjean.com.
Celebrities
Celebrity News
Celebrities Celebrity Couples Love