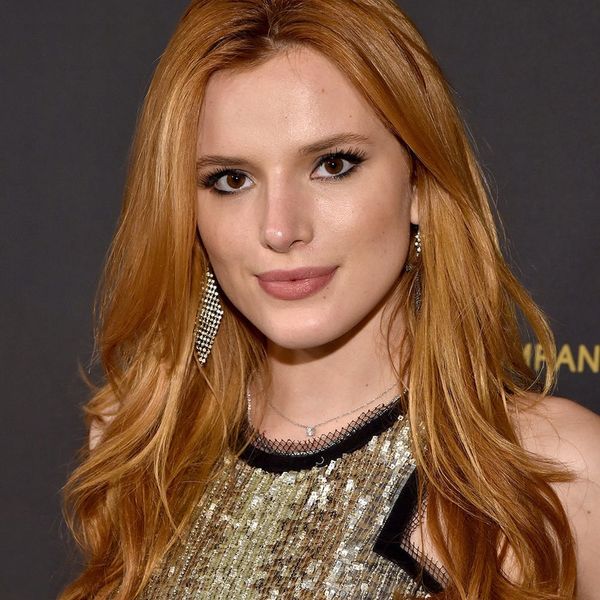 As winter subtly begins to shift into spring, celebs seem to finally be emerging out of those dreaded style cocoons. While we’ve yet to see any major fashion makeovers, stars have definitely been using this in-between season to try something new at the hair salon. Taylor Swift’s chic bob offered a subtle shift from her iconic cut. Hailey Baldwin’s brown hair was a warm and welcome change. And now it looks as though Disney star Bella Thorne has also debuted a whole new look.

The 18-year-old actress who starred alongside Zendaya in the Disney show Shake It Up! has become known for rocking a vivid shade of red hair ever since the show’s debut back in 2010. What you may not know is that – like Emma Stone – Bella isn’t actually a natural redhead. In fact, she’s a natural blonde. Going one step closer to her original color, Bella decided to ditch the red this past weekend and instead opt for a soft shade of brown, topped with sunkissed blonde highlights.

Bella shared her new look on Instagram alongside the caption, “Bye bye strawberry:) hello brownie.” Is brownie hair a thing now? If cinnamon swirl hair exists, anything is possible, right?

Have you spotted any major celeb hair transformations recently? Tag us in an Instagram post if you have @britandco.

(Photos via @bellathrone and Mike Windle/Getty)