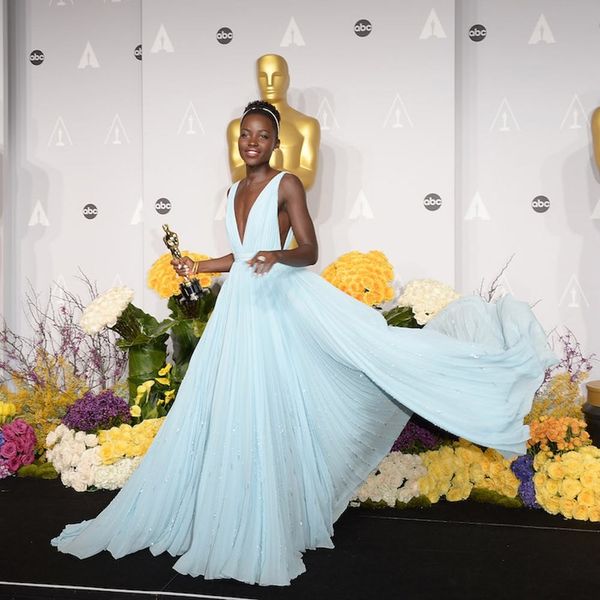 With the 2015 Academy Awards only days away, our brains are all abuzz with predictions for our favorite stars — what they’re going to wear, that is. This year’s red carpet fashion has been good to us, but we’re hoping Hollywood takes it to a whole other level for the grand finale of award show season. All this “who are you wearing?” talk has us thinking back on some of the best dresses in Oscar history. Take a trip down the ultimate red carpet with us and 15 of our all-time favorites.

5. Michelle Williams (2006): This is a hard color to pull off, but Michelle managed it flawlessly in this Vera Wang number. Paired with that bold red lip, this look is nearly 10 years old but we’d still rock it tomorrow if we had the chance. (photo via Frazer Harrison/Getty)

6. Gwyneth Paltrow (2010): Well, we know one thing for certain, the lady sure knows how to rock a red carpet. Gwyneth took on the currently trending cape dress three years ago thanks to a little help from Mr. Tom Ford and damn, does it look good or what? (photo via Ethan Miller/Getty)

7. Marion Cotillard (2006): 2015 Best Actress nominee, Marion Cotillard is no stranger to some epic red carpet style. We’re stoked to see what she has up her sleeve for Sunday, but we’re also still oohing and awing over this 2006 Jean Paul Gaultier dress that makes the French actress look like a straight up mermaid. (photo via Vince Bucci/Getty)

8. Meryl Streep (2012): If anyone is going to make this list it’s going to be the actress who has been nominated a whopping 18 times (even if she’s only walked away with three awards). It looks as though her Lanvin, metallic gold dress may have sent some good luck her way back in 2012 considering she walked away with a matching little gold man at this award show. (photo via Michael Buckner/Getty)

9. Halle Berry (2002): We can’t say we could see this Elie Saab dress going down the red carpet this year but this figure flaunting number still holds a very special place in Oscar history/our Best Dressed List Hall of Fame. (photo via Frank Micelotta/Getty)

12. Penelope Cruz (2001): If all the Hollywood starlets are going to continue with their love for black and white gowns we hope they look to Penelope for some inspiration on how to keep things exciting. With a low back, off the shoulder sleeves and embellishments, this Ralph Lauren dress has it all. (photo via Chris Weeks/Getty)

13. Cate Blanchett (2011): When it comes to Oscar dresses a lot of ladies tend to go for a timeless look, but this pale pink Givenchy dress proves that you can pick something a little more trend-oriented and it can still look totally amazing. (photo via John Shearer/Getty)

14. Nicole Kidman (2007): Sometimes all you need is a little bit of red. Nicole showed off that slender silhouette in this minimal, Balenciaga gown that had some added drama up top. (photo via Stephen Shugerman/Getty)

15. Jennifer Lawrence (2013): Who can forget that iconic moment when lovable Jen stumbled up the staircase in this Dior masterpiece to accept her award. And with a dress this huge, who can blame her? (photo via Jason Merritt/Getty)

What’s your favorite Oscar dress of all time? Drop us a line in the comments below to let us know!