A ‘Beverly Hills, 90210’ Reboot With the Original Cast Is Reportedly in the Works 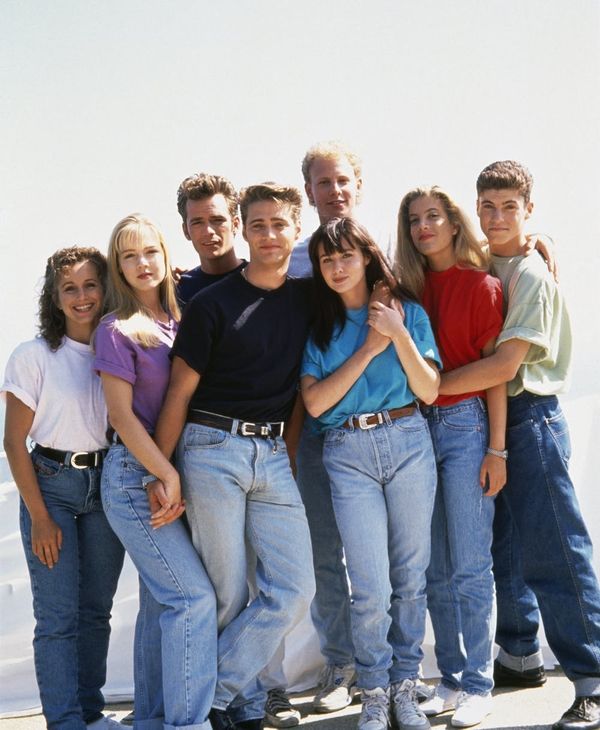 A reboot of Beverly Hills, 90210 has been talked about for years, but now it sounds like the original cast is working to make sure the ’90s teen drama indeed finds a new life — even if it won’t be anything like the show you remember.

According to Deadline and ET, an “untraditional reboot” is currently in the works at CBS. While the updated version will include several of the show’s original actors, they are reportedly “not reprising their original characters.”

Shortly before ET reported news of the reboot, TMZ also reported that original cast members Jason Priestley, Jennie Garth, Tori Spelling, Ian Ziering, and Brian Austin Green, along with some writers and producers, were spotted talking over coffee in Los Angeles. According to Deadline, CBS TV Studios is shopping the show with interest from multiple outlets.

This is not the first time news of a reboot has made headlines. The CW previously aired a revival from 2008 to 2013, with some of the original cast members appearing in a recurring capacity over the first two seasons. And in July 2017, Garth, who played Kelly Taylor for all 10 seasons of the show, told Us Weekly that she wouldn’t be opposed to a reunion. She even suggested some story lines for her costars.

“[Kelly] probably has, like, eight kids, lives in a trailer park. Let’s go with that,” she said. “Donna is like Diane von Furstenberg in New York with her own fashion line.”

At the time, Garth also suggested a few ideas for Shannon Doherty’s character, Brenda, and Luke Perry’s character, Dylan, although neither of the actors were present at the reported meeting this week. Doherty recently went into remission after a difficult battle with breast cancer, while Perry has found success on a new teen drama as Archie’s dad, Fred Andrews, on the CW’s Riverdale.

Would you watch a Beverly Hills, 90210 reboot? Let us know @BritandCo!