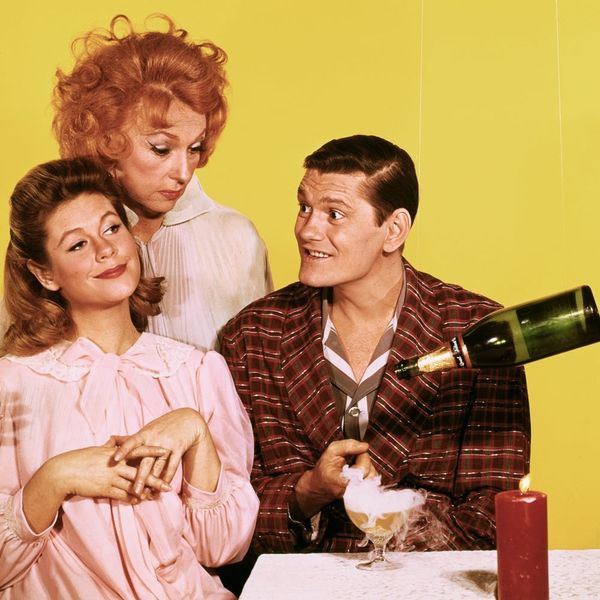 Everything old is new again! The latest TV show to get the reboot treatment is none other than Bewitched, and it’s being handled by Black-ish creator Kenya Barris.

Deadline reported that the revival of the iconic 1960s show will be reworked into a single-camera, interracial blended family sitcom. Black-ish writer/producer Yamara Taylor is working with Barris on the reboot.

The new Bewitched will follow Samantha, who is described as a hardworking Black single mom who also happens to be a witch. She marries Darren, a white man and a mere mortal, and, well, he isn’t exactly the most motivated man in the world.

Like the original sitcom, the reboot will navigate not only the difficulties between Samantha and Darren’s supernatural and human abilities, but also the timely and important issues of societal inequality too.

Bewitched originally ran on ABC for eight seasons from 1964 to 1972. It starred Elizabeth Montgomery as Samantha, the witch, and Dick York (later replaced by Dick Sargent) as her human husband, Darrin. Not unlike the upcoming spinoff, the sitcom was seen as a cultural milestone for its progressive depiction of women and gender power struggles.

This isn’t the first time Bewitched has been brought back for a modern audience: In 2005, Nicole Kidman and Will Ferrell starred in a feature-film adaptation directed by Nora Ephron. Despite attempts by both ABC and NBC in the past, though, this is the first time the show will appear in a new form on the small screen. So far, no casting news has been revealed.

Will you check out a Bewitched reboot? Let us know @BritandCo!