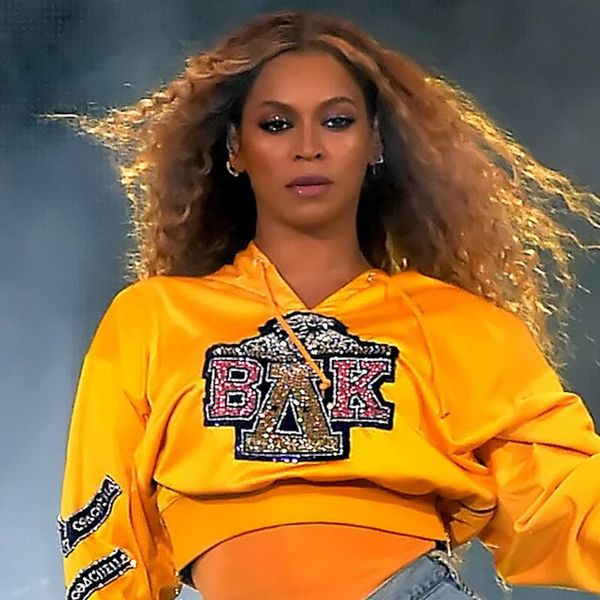 We look forward to Coachella for so many reasons: the performances, the festival fashion, the celeb sightings! But this year was extra special, because after Beyoncé pulled out of last year’s festival due to her pregnancy with twins Sir and Rumi, we knew she was gonna deliver something major. And major it was — she headlined the show with a nearly two-hour set, reuniting with her sister, Solange Knowles, her husband Jay-Z, andDestiny’s Child on stage, and successfully performing through two near-wardrobe disasters like it was NBD. As only Queen Bey could.

The music icon rocked five different custom Balmain creations for the showstopping performance, proving that she truly is the GOAT… as if there was any doubt. Beyoncé’s performance was even more powerful, as the mom-of-three became the first black woman to headline the California music festival, and she did so by performing a medley of her biggest hits alongside messages about feminism and race. All was well until the very end, when Bey took the stage to perform her hit “Get Me Bodied,” treating fans to the most bonkers dance break ever with Solange.

First, Bey’s thigh-high sparkly camo boots started to slide down to her knees, and she also seemed to feel her low-cut top sliding out of place. But instead of letting it slow her down for a single second, the “Crazy In Love” crooner simply kept on keepin’ on. Suddenly, those thigh-high boots became knee-highs, and audiences were wowed at her ability to handle it all like a boss.

The wardrobe devil tried to sabotage our grand finale but Beyonce cannot be defeated so somebody’s getting fired, hey hey! pic.twitter.com/tPBzK0n4SQ

Good morning to everyone except the personal responsible for Beyoncé’s wardrobe malfunction.

Bey’s wardrobe still didn’t want to cooperate even after her Destiny’s Child bandmates, Michelle Williams and Kelly Rowland, joined her onstage to sing three of their biggest hits. Her boots kept sliding, as did Rowland’s, but the ladies handled it all like the pros they are.

Near-wardrobe malfunctions aside, Beyoncé’s marathon performance is (rightfully so!) being lauded as one of the greatest of all time, and if you managed to miss it, you can check it out online.

What did you think of Bey’s epic Coachella performance? Tweet us @BritandCo.

Arielle Tschinkel
Arielle Tschinkel is a pop culture junkie who went to NYU because the Olsen twins went to NYU (really). She is a freelance writer whose work has also been featured on HelloGiggles, Refinery29, SheKnows, Bustle, Hollywood.com, and many others; and she's living her dream one Britney Spears GIF at a time. Follow her on Twitter @mrstschinkel or visit her website at arielletschinkel.com.
Celebrity Style
Celeb Style
Celebrity Style Coachella