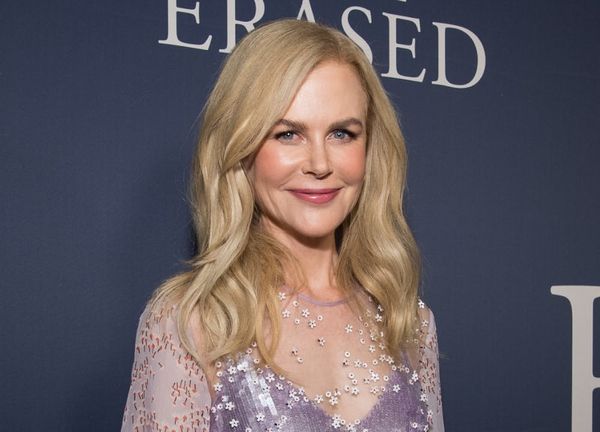 Fans of HBO’s Big Little Lies are anxiously awaiting information on a season 2 premiere date, but in the meantime, star and co-producer Nicole Kidman has revealed an extra bit of casting news to add to what we already know about the stellar roster of talent set to appear.

“My kids were in as extras on Big Little Lies,” Kidman told Ellen DeGeneres in an appearance on her talk show on Tuesday, October 30. “I’ve never told anyone. There I am now being a big mouth.”

Kidman didn’t divulge any more details on the cameo that her daughters Sunday, 10, and Faith, 7 — whom she shares with husband Keith Urban — will make. Nor did she tease any season 2 plot lines. She did say, though, that between her and costar and co-producer Reese Witherspoon, it’s been difficult to keep details about the highly anticipated second season under wraps.

“Probably the two of us have a bit of a big mouth. So we have to watch it,” Kidman joked, before defending Witherspoon’s ability to keep quiet. “She’s a very good secret keeper!”

So far, the biggest scoop about BLL season 2 is the appearance of a character played by Meryl Streep. The iconic actress will play Kidman’s mother-in-law, who arrives in town following the death of her son (played by Alexander Skarsgård) in season 1. We don’t know much about her character’s story, but Witherspoon revealed in a recent interview that she “might or might not have thrown an ice cream cone” at Streep on set for a scene.

“It’s going to be really good,” Witherspoon said excitedly. “And I think it’s one of the top moments of my entire career. For real.”

Are you excited for Big Little Lies season 2? Let us know @BritandCo!