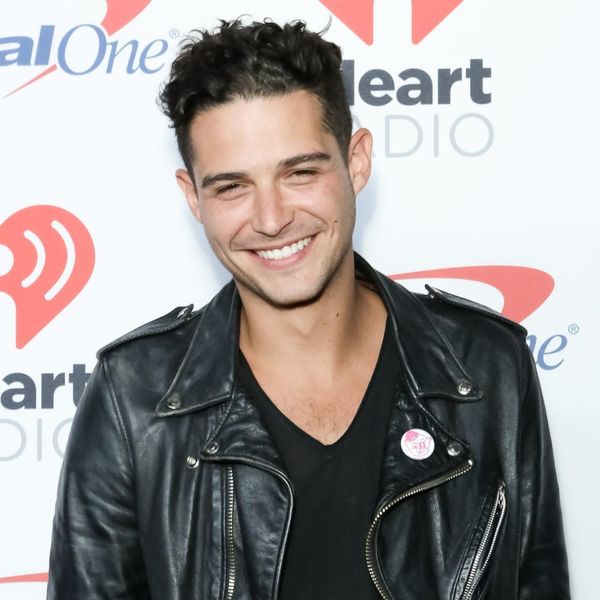 As things continue to heat up between Bachelor in Paradise alum Wells Adams and Modern Family star Sarah Hyland — with the actress even wearing a necklace featuring her bae’s first initial and none other than Danielle Maltby seemingly confirming the relationship — fans are no doubt wondering how their romance sparked in the first place. Now, thanks to Adams himself, we know exactly how the pair met.

Sitting down for an interview with the hosts of The Morning Breath, the 33-year-old Bachelor Nation star revealed how he and Hyland first found themselves on the road to love. “The internet,” he said simply. “It’s amazing.”

Though he didn’t go into specifics, he did hint that they’re already thinking about the future. “We did talk about next year’s [Halloween costumes], and we’ve got like a really good [idea],” he teased. “It’s definitely in the vein of two things that we love dearly.”

Indeed, not only did the duo seem to confirm that they’re dating back on October 29, when they popped up on Instagram in coordinated Stranger Things-inspired Halloween costumes, but you can actually find their first adorably flirtatious interaction if you go a little further back.

Take a peek at Hyland’s tweets during JoJo Fletcher’s season 12 of The Bachelorette and you can see that she was immediately taken with the Nashville native.

“Ugh! @WellsAdams making a Lord of the Flies reference on men tell all??? #knewhewasthebestfromthestart,” she shared on July 26. “Also @WellsAdams compared Chad to Voldemort. #potterheadsarethebest.”

Ugh! @WellsAdams making a Lord of the Flies reference on men tell all??? #knewhewasthebestfromthestart #menwhoreadarehot

A year later, when Adams showed up on season four of Bachelor in Paradise, the 26-year-old actress was thrilled to see him on screen again. On August 15, she tweeted, “OH MY GOD @WellsAdams IS THE FRIKKIN BARTENDER?! Best. Season. Ever. #BachelorInParadise.”

OH MY GOD @WellsAdams IS THE FRIKKIN BARTENDER?! Best. Season. Ever. #BachelorInParadise

That time around, the object of her affection decided to respond, writing, “Taking applications for #BIP5 bar backs now. Please send references..Preferably from Phil Dunphy. I’m kidding the job is yours @Sarah_Hyland.”

She replied by tweeting, “I’ll start working on my garnishing skills. Oh and I require 35% of your tips…. or free dogs.”

I'll start working on my garnishing skills. Oh and I require 35% of your tips…. or free dogs. https://t.co/0Zt4Tp94oS

The obviously smitten reality star sent back a quick “Deal,” along with a cheeky GIF of himself with the caption, “I don’t regret that.”

Though the mildly flirty conversation seemed to halt there, we now suspect that that might be because they took things to their private DMs. And from there, their romance bloomed into the cuteness we see today.

We can’t wait to see more of these two on social media.

Did you meet your significant other on the internet? Let us know @BritandCo!