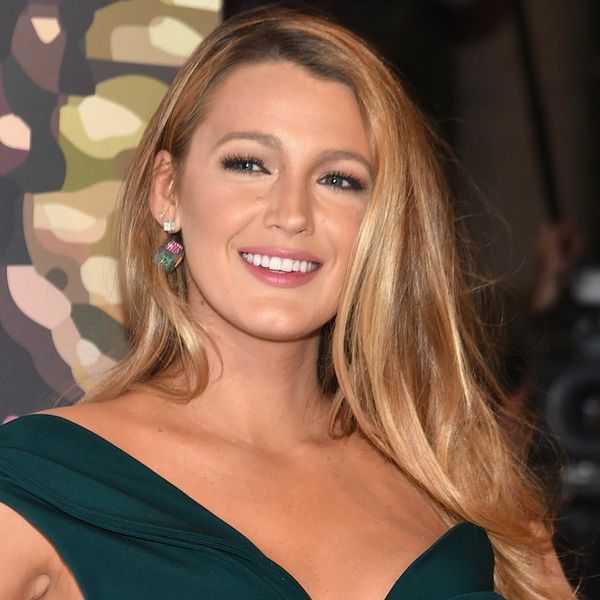 Blake Lively made us jump for joy earlier this week when she revealed the possibility of a Gossip Girl reboot, and now, the 29-year-old has the internet buzzing once more, only this time, it was to show off her sassier side, as she scolded a reporter for asking about her fashion choices at an event honoring women in power.

The young mama of two took a break from bedazzling and doing her impressive workout regimen to attend Variety’s Power of Women event in New York City, during which she was honored for her dedication to helping fight child pornography. While walking the red carpet, she took a cue from Scarlett Johansson (who called out Ryan Seacrest for asking about her heels at the Oscars) and the #AskHerMore movement to completely SHUT DOWN a question about who designed her outfit.

Blake Lively popping off after someone asked her about fashion at #PowerOfWomen – "Are we really doing this? Would you ask a man that?" pic.twitter.com/iPftkPfoeF

Lively wasn’t just annoyed by the question, she seemed downright angry, saying, “Really? At this event, you’re asking me about my outfit? Seriously? Would you ask a man that?” Becoming increasingly upset by the exchange, she continued: “I’m here so we become more aware, and that we change, and that we build [women up]. So, you can ask me another question.”

Although there’s no word on if the target of her ire did indeed pose a second inquiry, Twitter has wasted no time showing its support for the actress-turned-activist, calling her a total #bossbabe.

@people @blakelively Good for her. Irresponsible behaviour & actions of reporters/paparazzi won't change as long it is tolerated for social vanity.

Can we please have a round of applause for @blakelively for shutting down that reporter. Total boss.

Some folks, however, have taken issue with just how strongly she reacted, referencing the fact that her hunter green single-shouldered Brandon Maxwell jumpsuit was unique: “If Blake Lively didn’t want attention on her outfit, she should have worn something generic,” tweeted @PinkPeril. “It was a dumb question but an expected one.”

If Blake Lively didn't want attention on her outfit, she should have worn something generic. It was a dumb question but an expected one.

For her part, the starlet has remained mum on the altercation, focusing on the issue at hand instead by sharing a group snap on her social media channels, which shows all the women who were honored at the gala (including Chelsea Clinton and Hoda Kotb).

“What. A. Room.” she wrote. “Thank you to each of the leaders I was lucky enough to spend my day with. I’m grateful for the work you do, and for the people you are.”

Do you think Blake Lively’s reaction was warranted? Tweet us @BritandCo.