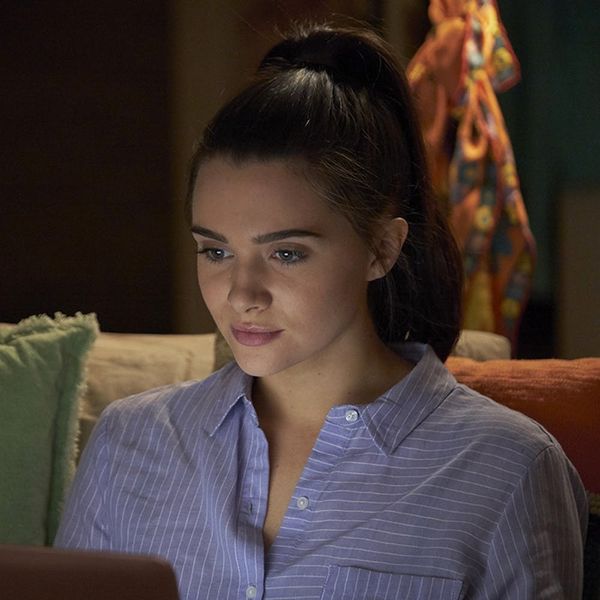 My dad has worked at the same company since before I was born. That doesn’t seem uncommon for his generation, either. Millennials, on the other hand, are notorious for job-hopping, with Gallup naming millennials the “most likely generation to switch jobs.” It’s not uncommon to leave a job for more opportunities and responsibility at a new company, or for better pay or benefits. But with the job-hopping reputation, young people can also feel more pressure to find a perfect job — and what if you make the wrong choice?

One of The Bold Type’s ongoing storylines has addressed that question with finesse. At the end of the first season, Jane (Katie Stevens) left her writing job at Scarlet for a position at a newsier website, Incite. Frustrated by the print magazine’s predetermined sections, like the quiz, Jane was enthralled by the idea of having her own column and reporting about her own passions.

But as fans saw in last week’s episode, that passion was short-lived. After a disagreement with her new editor about how a controversial story should be framed, Jane found herself being shown the door, having written just one article for Incite. Her attempts to return to Scarlet weren’t successful, either, as Jacqueline told her that she should learn from her mistake.

To understand some of what Jane’s going through this season, I talked to a former colleague who had a similar media experience. He left a major website for what sounded like the perfect job, only to return to the original site a few months later. The experience wasn’t ideal, but it showed him what he actually wanted to be doing.

“I left because I was pretty unhappy with the way that things were being run, and the overlooking of my progress,” he told me, explaining that he wasn’t satisfied in his job at the time. Like Jane, he was courted by a new company, and it seemed like a “dream job” at first. But he quickly realized he was unhappy — and missing his former company. He had a better experience than Jane did when reaching out to his old boss, and he was able to return to the first outlet, but it was still a learning experience. After going back, he told his editors what he wanted out of the job, and he’s now more fulfilled in his work — at the same company where he worked before the switch.

Jane doesn’t have her old job back yet, but it seems like her storyline could go in that direction, too. Jacqueline told her that her salary had been reallocated to go toward Scarlet‘s website relaunch. The complaints Jane had about her old position seemed to be with the print magazine, not the website — so it’s possible that she, too, could negotiate a new position that’s more along the lines of what she actually wants to do. As Kat reminded the magazine’s board members, there’s more freedom online than with Scarlet’s print edition, which means Jane could theoretically create a new position for herself there. That might not come until the end of the season, and Jane might have to do some more freelance work to discover what she really wants to write about, but it’s definitely a possibility.

The truth is, there’s no right or wrong answer about how long anyone should stay with the same company. Moving to a new position can be a great way to move up the corporate ladder, or to achieve more work-life balance. But if you’re lucky enough to work at a great company early on in your career, there shouldn’t be pressure to find something better, either.

My former coworker told me he realized that he was “getting in his own way,” and that what he thought were problems with his old company were really his own personal dissatisfactions. It’s a good reminder that no matter what field you’re in, it’s always a good idea to consider all the options before making a job switch. And if you make the wrong decision, it’s okay to admit your mistake.

Have you switched jobs and loved (or regretted) it? Let us know @BritandCo!