Beauty Trend Alert: Will You Bling Your Brows This Holiday? 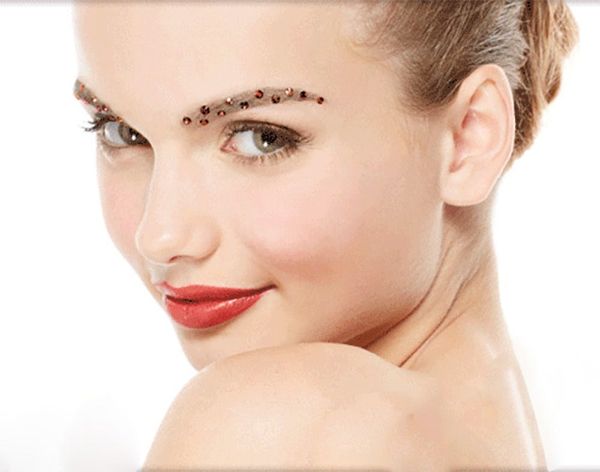 Forget the red lips and smokey eyes — eyebrows are finally having their day in the sun. Thanks to a slew of celebrities and other frequently photographed faces embracing bushy brows, they are officially back in style (and have been for awhile). But now, in addition to the au natural arch, there’s a new trend popping up in the eyebrow world – and it’s sparkly.

Introducing: brow bling. Benefit Cosmetics has officially started the soon-to-be phenomenon, with a Bling Brow Kit ($25). The kit comes with 52 Swarovski crystals and a mini pair of tweezers. The crystals already have a sticky backing so all you have to do is peel and press.

You can make the look as wild or tame as you like. To get started, try something subtle, like three crystals evenly spaced along the browbone, beginning under the brow arch and finishing at the tip of your brow. Or just totally go for it and press the crystals directly onto brow hairs.

If you want to give the trend a try without committing to the kit, you can also head over to a Benefit counter from November 21 to January 1 to let the eyebrow experts handle the application. Depending on how sparkly you go, the service costs between $5 and 20.

So far Benefit is the only company we’ve seen selling bling specifically for brows, but we don’t think they’ll be the last. We’re seeing some sparkles in Cara Delevingne’s future, and it’s looking really good.

Would you wear eyebrow bling? Tell us what you think in the comments below.

(Images via Benefit and The Fabulous Times)