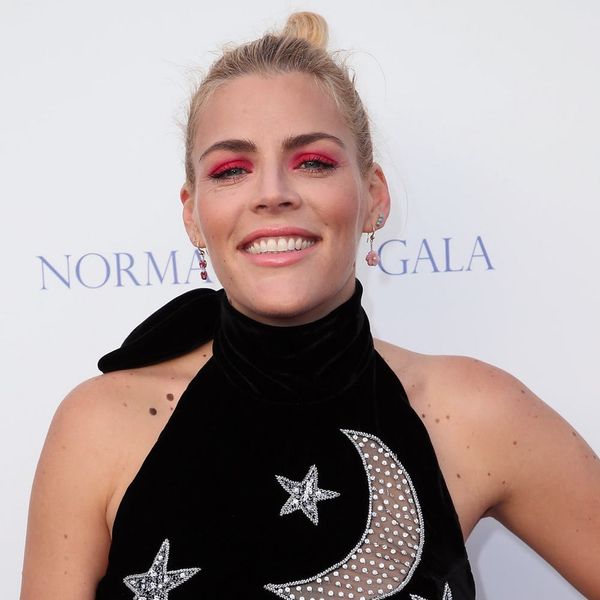 Busy Philipps recently revealed that she would be bringing her confessional point of view to our TV screens, and now we know exactly when we’ll be able to tune in to our sure-to-be new favorite show.

“BIG NEWS! Busy Tonight is officially launching October 28 at 10pm on @eentertainment!” the actress excitedly shared on Instagram. She went on to note that the show will air four nights a week. “I can’t wait to show you all the great things we’ve been working on!”

On Busy Tonight, the I Feel Pretty star will dish her outspoken opinions and commentary on pop culture and trending news. The show will also feature celebrity interviews as well as produced comedic segments.

Philipps made the premiere announcement in a no-fuss selfie-cam video. It’s the same candid and confessional approach that helped build her online fan base and make her one of the most relatable women in Hollywood. “Her willingness to give our audience an insider’s view to her life as a celebrity tastemaker and working mom is exactly what the young female E! audience craves,” E! exec Amy Introcaso-Davis previously said in a statement.

BIG NEWS! Busy Tonight is officially launching October 28 at 10pm on @eentertainment! 4 nights a week!! I can't wait to show you all the great things we've been working on! I love you!!! ❤️❤️❤️❤️❤️❤️❤️❤️

One of Philipps’ besties, writer Kelly Oxford, is also working on the show, as is longtime Watch What Happens Live With Andy Cohen executive producer Caissie St. Onge. So far, there’s no word on who any of the celebrity guests might be, but w’ere keeping our fingers crossed for a cameo from Philipps’ Dawson’s CreekBFF Michelle Williams.

Are you excited for Busy Philipps’ talk show? Let us know @BritandCo!