Cara Delevingne Just Debuted Her New Single “I Feel Everything” 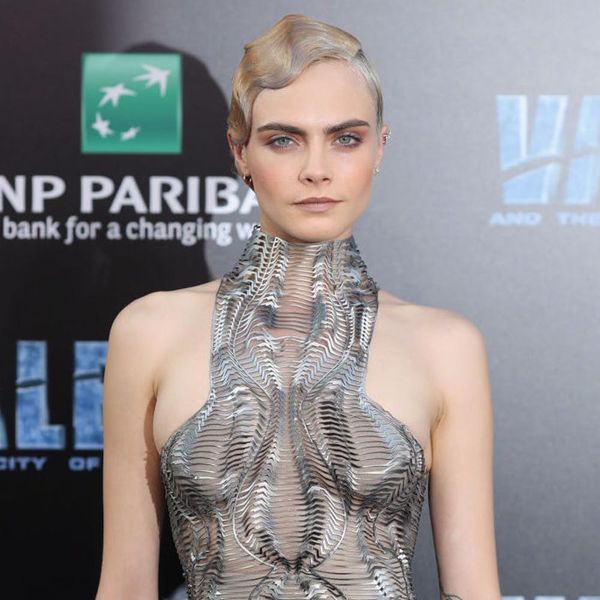 With her sure-to-be summer blockbuster, Valerian and the City of a Thousand Planets, released today, model, actress, and novelistCara Delevingne can add recording artist to her résumé too. The star took to social media today to share the news of her first official single, and it’s definitely worth a listen.

The single, “I Feel Everything,” was produced by Pharrell Williams and features a jazzy-pop sound. According to E! News, the song will play after the credits for Valerian.

Taking to her Instagram account on Thursday, Delevingne shared the release with her fans, writing, “I cannot believe it’s finally out, everyone go take a listen and let me know what you think.” She also thanked the movie’s director, Luc Besson, and her producer, Williams, for “believing in” her.

Delevingne stars in Valerian as a space and time-traveling special agent protecting a series of planets from an unknown menace threatening the universe. The film’s director, Luc Besson, is known for epic sci-fi flicks including The Fifth Element (starring Milla Jovovich and Bruce Willis) and Lucy (starring Scarlett Johansson).

Delevingne started acting in 2012, costarring in Anna Karenina with Keira Knightley before moving into roles in Pan, Paper Town, Suicide Squad, and Valerian. She’s previously shown off her vocal prowess in jam sessions with Taylor Swift and Ed Sheeran, and in a short film for Chanel, but “I Feel Everything” is her first official single.

Will you check out Valerian and the City of a Thousand Planets? Tell us @BritandCo!