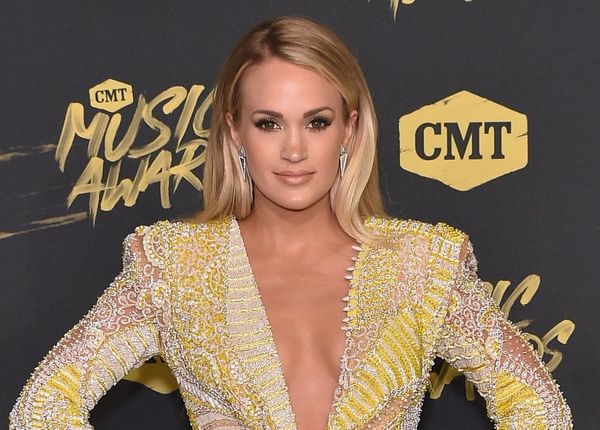 Carrie Underwood has had what she describes as a “soul-searching” year, and now we’re learning new details about some of the reasons why. The country superstar, who is expecting baby number two later this year, has been vocal about the scary fall that left her with 40 to 50 stitches in her face, but it wasn’t until she sat down with CBS Sunday Morning on September 16 that she opened up about the heartbreak that inspired her new album, Cry Pretty.

Speaking with journalist Tracy Smith, the 35-year-old spoke candidly about the inspiration behind her emotional single and record. “Here we go… 2017 just wasn’t how I imagined it,” the seven-time Grammy winner declared, getting visibly choked up. “I’d kind of planned that 2017 was, you know, going to be the year that I work on new music, and I have a baby.”

“I had always been afraid to be angry,” the songstress admitted, explaining that all of the other blessings in life almost made her feel guilty about grieving. “My son, Isaiah, is the sweetest thing. And he’s the best thing in the world. And I’m like, ‘If we can never have any other kids, that’s okay, because he’s amazing.’ And I have this amazing life. Like, really, what can I complain about? I can’t. I have an incredible husband, incredible friends, an incredible job, an incredible kid. Can I be mad? No. And I got mad.”

One night, when she was home alone without her husband and sure she had suffered another miscarriage, she got into bed with her son and let her emotions run free. “I was just sobbing,” she recalled. “And I was like, ‘Why on Earth do I keep getting pregnant if I can’t have a kid? Like, what is this? Shut the door. Like, do something. Either shut the door or let me have a kid.'”

The following Monday, she went to her doctor and received news she wasn’t expecting: Her baby was just fine. Now she’s looking forward to welcoming her second child at the end of the year, and then hitting the road for her tour next spring.

Barbara Pavone
Barbara Pavone is a pop culture-obsessed writer based in beautiful (but ridiculously cold) Montreal, Canada. When she's not working, she's sipping on a Pimm's Cup and daydreaming about her celebrity hero, Saint West.
Celebrity
Celebrity News
Celebrity
More From Celebrity News