Carrie Underwood Is Pregnant With Baby #2! 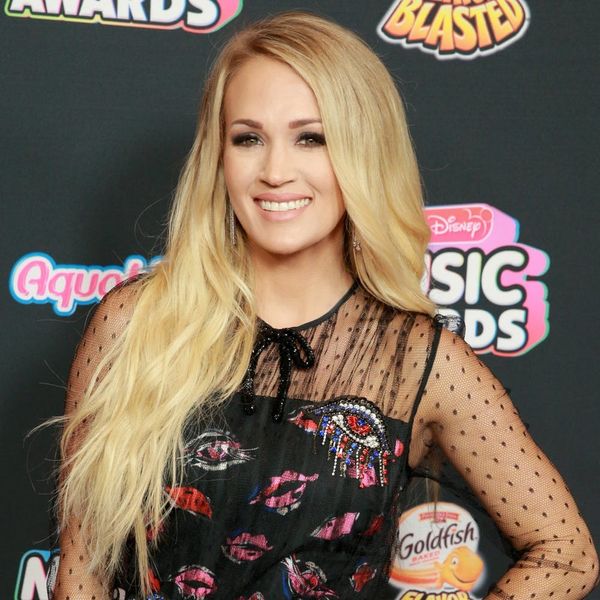 Carrie Underwood is set to become a mom of two! The country superstar announced on Wednesday, August 8, that she is pregnant and expecting her second child with husband Mike Fisher.

The baby announcement followed news about Underwood’s upcoming tour for her new album Cry Pretty, which will be out September 14. “You might be wondering, or asking, ‘Carrie, why is your tour starting in May?'” she said in an Instagram video. It was then that the camera panned out to reveal four foil letter balloons spelling out “BABY.”

“Mike, Isaiah and I are absolutely over the moon and excited to be adding another fish to our pond,” Underwood gushed in the vid. “We’re just so excited and glad you guys can share this with us and be a part of it. Love you guys!”

Underwood and her NHL player husband are already the parents of 3-year-old Isaiah Michael, who was born in February 2015.

It’s been a memorable year for the country star already — one that she recently said led to a lot of “soul searching.” In late 2017, she suffered a fall at her Nashville home and required surgery on her wrist and multiple stitches in her face. After spending the first part of 2018 lying low and recovering, she announced her upcoming Cry Pretty album and returned to the stage at the 2018 ACM Awards.

By the sounds of it, things are only going to get busier. Congrats to the growing family!

Are you surprised by Carrie Underwood’s pregnancy news? Let us know @BritandCo!