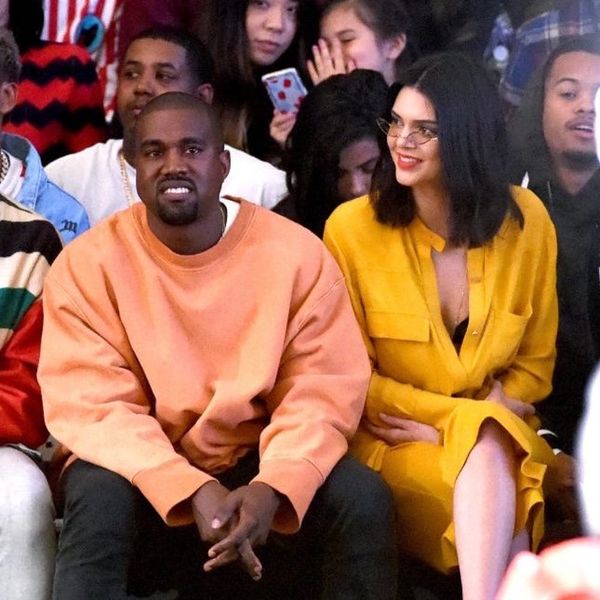 2016 has been dominated with awe-inspiring moments in sports, from Serena Williams winning her 22nd Grand Slam title at Wimbledon to Kobe Bryant scoring 60 points during his farewell NBA game. One thing we can count on is that, where there is a legendary game, there’s an A-list celeb sitting courtside to soak up all the attention — err, magic — of the moment. Whether it’s Queen Bey slaying for Serena or a real-life Princess cheering for a hometown fave, stars can’t help but steal the spotlight with their spectator style when cameras are rolling. As we count down the days to the Rio 2016 Olympics in August, let’s take a look back on the year’s most on-point fashion from celebs in the crowd, who won the style game while rooting for their teams.

3. Kendall Jenner: Though Kendall is a courtside fixture at Lakers games, we had to share the OMG-worthy getup she rocked while taking in a fashion show with bro-in-law Kanye West. Kendall was spotted in the front row of Tyler, The Creator’s show looking all kinds of bright and lovely in a sunny yellow culotte suit. (Photo via Kevin Winter/Getty)

4. Kate Middleton: Kate Middleton’s always-perf #hairgoals and endearing habit of making zany reaction faces is what we live for. At the Men’s Final between Milos Raonic and Andy Murray, the Duchess arrived ready to applaud the players with her enthusiastic game face and sleek ‘do. Fingers crossed that next year Kate and Bey sit together to exchange tennis pointers and reign supreme. (Photo via Andy Couldridge/Pool/Getty)

5. Rihanna: No basketball court is complete without Rihanna, the unofficial mascot for the sport, seated courtside. A natural cheerleader who is genuinely excited about all aspects of the game (even the foam fingers), Rihanna committed the ultimate fashion faux pas of wearing all white — and turned it into an incredibly stylish and comfortable choice. From the choker to the baggy pants, she even brought back a hint of ‘90s inspo with this look. (Photo via Kevork Djansezian/Getty)

6. Chrissy Teigen: On the flip side of the comfort spectrum, we have Chrissy Teigen and John Legend out on a date night. Clad in sky-high boots, a golden trench and a low-cut dress, Chrissy’s ensemble earns points with that super casual braid and for including the Lakers signature yellow color in her look. (Photo via Thearon W. Henderson/Getty)

Happy Birthday To My Bestie @LaLa! It's So Amazing How Time Flies! Its Always The Best Time With You! You're Always Making Me Laugh, Having A Good Time, Living Life To The Fullest! So Proud Of You and The Woman You've Become! #ForeverYoung #HBD 🎂

7. Ciara: At a matchup between The Washington Wizards and New York Knicks, singer Ciara kept her fashion choices super low key with an all-black turtleneck, black pants and boots, with perfectly tousled locks and a pretty mani. We hope her enthusiastic smile found its way onto the Jumbotron during the game!

So much fun today watching Wimbledon in the Royal Box today x and now I need my beauty sleep for my opening night of GUYS & DOLLS in the West End tomorrow night!

8. Rebel Wilson: At her first Wimbledon appearance, actress Rebel Wilson was in great company — right behind her is none other than Pippa Middleton! Wilson kept her edge while taking in the match courtesy of her monochromatic look and sleek moto jacket.

9. Heidi Klum: Stars at Wimbledon tend to arrive in conservative dress, but this supermodel would rather watch in jeans and a relaxed top. To quote her former Project Runway partner Tim Gunn, we’re loving how Heidi can “make it work” in a casual-chic ensemble. (Photo via Shaun Botterill/Getty)

10. Irina Sheyk: And the award for most fanatic and excited couple at Wimbledon easily goes to model Irina Sheyk and BF Bradley Cooper (the latter of which is a longtime staple at tennis matches, FYI). The couple who cheers together, stays together, after all. (Photo via Julian Finney/Getty)