Jennifer Aniston, Beyoncé, and More: Meet the Skincare Gurus Behind Your Fave Celebs 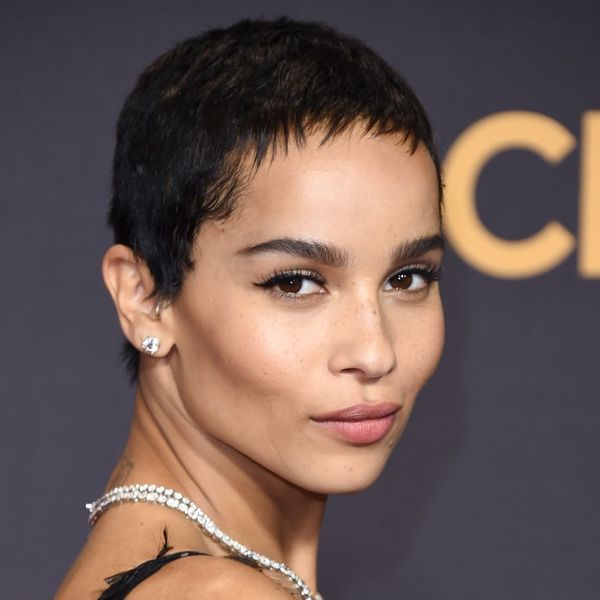 How psyched would you be to have flawless skin that rivals Zoe Kravitz’s or Angelina Jolie’s? With our regimens already full of celeb-approved skincare products and beauty treatments, all that’s left between us and them (other than, you know, genetics) are the experts ensuring their glowing results. Behind every celebrity’s radiant face is a top-rated derm touting skin-transforming tips that’ll legit change your life. Here are the skincare gurus responsible for 15 of Hollywood’s most coveted complexions. Book your appointments STAT!

1. Kendall Jenner: The Jenner sisters both turn to certified physician’s assistant, Christie Kidd, for treatments like the “acne slush” at her Beverly Hills location, to keep their camera-ready glows on point. (Photo via Michael Stewart/Getty)

3. Karlie Kloss: Joanna Vargas is a household name among Hollywood’s beauty-seeking residents. The pros over at Byrdie revealed that Kloss counts herself among the facialist’s high-profile devotees. (Photo via Julien Hekimian/Getty)

4. Emily Ratajkowski: The It-girl and model keeps her visage perfected with regular visits to Shani Darden. (Photo via Taylor Hill/FilmMagic/Getty)

W Magazine explains that this laid-back lady’s magical facials are beloved by a long list of fresh-faced celebs, including Chrissy Teigen, Kim Kardashian, and our girl Ratajkowski. (Photo via W Magazine)

6. Zoe Kravitz: Natural beauty that she is, Kravitz told the NY Times that her mostly green routine includes as many facials as possible with her family’s go-to skin goddess, Dayle Breault. (Photo via John Shearer/WireImage/Getty)

The so-called “Goddess of Skin” serves up celeb-beloved skincare treatments and products to fans that include Cara Delevingne, as well as Kravitz. (Photo via Dayle Breault)

7. Emma Stone: If you’re curious about Georgia Louise — whom Stone calls a “miracle worker” on the skin maven’s website — so are we. (Photo via Joe Maher/FilmMagic/Getty)

Louise is known for a bespoke facial that incorporates technology drawing from holistic practices and the most recent innovations in age-erasing treatments. (Photo via Georgia Louise)

9. Kim Kardashian West: KKW keeps her skin selfie-ready at literally all times with the help one of dermatology’s most celebrated derms-to-the-stars, Dr. Harold Lancer. In his own words: “Yes, they call me the dermatologist to the stars, but everyone is a star in my eyes.” (Photo via Gary Gershoff/WireImage/Getty)

So proud of my dermatologist Dr. Lancer. I feel younger every time I see him lol #TrueStory

Famous for the three-step “Lancer Method,” the celebrity skincare veteran’s appointment book is jam-packed with famous clientele. The #LancerGlow is real, bb’s.

10. Beyoncé: Queen Bey swears by one of the world’s most sought-after makeup artists, Sir John Barnett. (Photo via Laura Cavanaugh/Getty)

Barnett studied under the likes of Kate Somerville and Pat McGrath, and The Cut lauds his skin-first approach to beauty, which is full of luxe tips — like using eye cream as moisturizer!

12. Kate Moss: When you’re a world-famous supermodel, who would you trust with your money-maker? Holistic skin expert, Susan Ciminelli, for starters. (Photo via Karwai Tang/WireImage/Getty)

13. Naomi Campbell: Campbell’s trusted skin guru for her frequent red carpet appearances is Ling Chan, who started her NYC-based practice and sensitive-skin-friendly product line back in 1984. (Photo via Venturelli/Getty)

Since then, the facialist has pampered a cult following of famous faces, from Meg Ryan to Madonna, in addition to the goddess we know as Naomi Campbell. (Photo via Byrdie)

14. Jennifer Lopez: The lady that Vogue holds responsible for J.Lo’s otherworldly glow is Nichola Joss, whose facial massage techniques can plump your mug to wrinkle-free perfection. (Photo via Jeff Kravitz/FilmMagic/Getty)

Her circulation-enhancing technique smoothes out wrinkles — and can even cure migraines. Ah-mazing. (Photo via Get the Gloss)

15. Jennifer Aniston: Aniston’s ability to age with grace — with the help of her skincare guru, Mila Moursi — has been noted in Hollywood for decades. (Photo via Barry King/Getty)

The Daily Mail shares that Moursi advocates a holistic skincare plan that involves eating clean and getting regular facials in lieu of harsh treatments and fillers. (Photo via Beautylish)