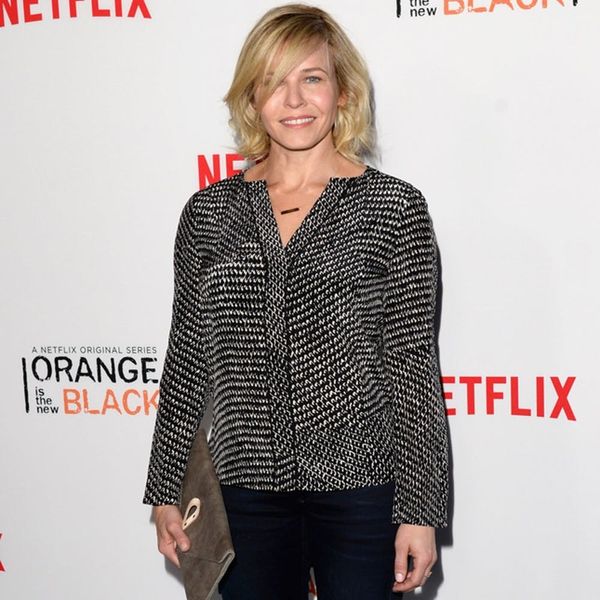 We don’t know about you, but we’ve been waiting with bated breath for Chelsea Handler’s new Netflix docuseries, Chelsea Does, since, oh, we don’t know, August 26 2014: the day the last episode of her talk show, Chelsea Lately, aired on E! network. For seven years, we watched religiously as she poked fun at everyone from the Kardashians to Justin Bieber with her razor-sharp wit, launched a bevy of comedic talent (Whitney Cummings, Ross Mathews, Jen Kirkman) and made us all feel just a little bit better about those awful hangover days (groan!) Now, our favorite comedienne is back for your streaming pleasure with a four-part docu-series that covers topics from marriage to racism and just about everything in between. While it wasn’t quite what we were expecting, we have to say, we learned a lot. Read on for our top nine takeaways.

Never pigeonhole someone… least of all Chelsea.

Chelsea: After Lately, well, you’d be wrong. This docu-series is a major departure from any project we’ve ever seen Chelsea tackle.

You can get married in a drive thru?

no idea that the A Little White Chapel in Vegas (yes, the same one responsible for marrying Bruce Willis + Demi Moore, Frank Sinatra + Mia Farrow and Britney Spears + Jason Allen Alexander) has a drive-thru that you can actually wed in called the Tunnel of Love — the first of its kind in the world, according to owner Charolette Richards. Originally constructed in 1991 after Charolette noticed disabled clients struggling to exit their cars and enter the chapel, the tunnel has since become as iconic as the chapel itself. For $75, you can drive up (in your own vehicle, though special cars are also available to use for a fee) single and drive away as an officially married couple. Mind. Blown.

Chelsea Does Silicon Valley, Chelsea explores our ever-growing obsession with technology, and, in the process, winds up creating her very own app. Aptly dubbed “Gotta Go!” the app allows you to send yourself messages under the guise of a friend or family member with a pre-set story, or one of your choosing, that allows you to escape awkward situations in a believable manner. On a bad date? Set your timer to receive a 911 text from your BFF. Going to a party you don’t really want to attend? Looks like your house alarm’s about to go off. It’s a thing, and it’s real – you can download it in the app store now.

Your attention span is really short.

goldfish’s, says Dr. Larry Rosen, professor of psychology at Cal State University, Dominguez Hills. Dr. Rosen tells Chelsea that due to an increasingly technological society, the attention span of an average person is down to just three minutes or less. Yikes!
Nicole Briese
Nicole is the weekend editor for Brit + Co who loves bringing you all the latest buzz. When she's not busy typing away into the wee hours, you can usually find her canoodling with her fur babies, rooting around in a bookstore, or rocking out at a concert of some sort (Guns N' Roses forever!). Check out all her latest musings and past work at nicolebjean.com.
Kardashians
Pop Culture
Kardashians Netflix
More From Pop Culture