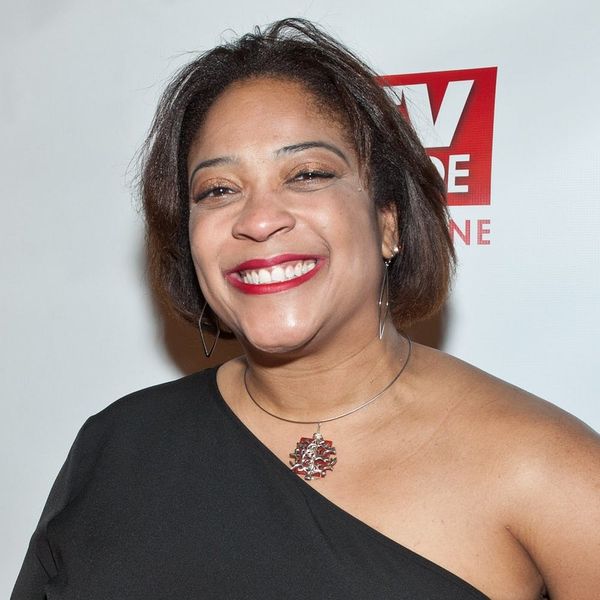 In March 2018, Chicago Fire actress DuShon Monique Brown died suddenly at the age of 49. This week, on the show’s season 7 premiere, the series paid heartfelt tribute to her by giving closure to her character’s story and showing what she meant to her colleagues, both real and fictional.

During the Wednesday, September 26, episode, Brown’s character, Connie, was said to have left the firehouse after accepting a new job.

“I am delighted to tell you that over the past four years, Connie has received her master’s degree in counseling,” Chief Boden (Eamonn Walker) explained to the crew in the scene. “Just got hired at her dream job: head of counseling at Whitney Young Magnet School. They asked her to start immediately and I couldn’t stand in her way.”

The crew applauded excitedly for their former co-worker, as Hermann (David Eigenberg) said, “We didn’t even get to say goodbye. None of us did.” The Chief, responding emotionally, said, “I hear you. It’s okay, ’cause she knows how much we love her here.”

As a hidden personal touch, the story line reflected the late actress’ real life: Brown went to high school at Whitney Young, and earned her own master’s in counseling in 2005. She previously worked as a high school guidance counselor, crisis counselor, and drama instructor.

“Over the summer I was talking in the writer’s room, and Andrea Newman, who’s one of our head writers, said, ‘What if we brought in her real life?'” Chicago Fire co-creator Derek Haas told Us Weekly. The show got Brown’s family’s blessing for the on-air tribute.

Brown joined the cast of Chicago Fire in its first season in 2012. Her death came as a shock to fans and colleagues, and while she was initially reported to have died from natural causes, it was later determined to have been from sepsis — an infection — of unknown origin.

What did you think of Chicago Fire‘s tribute to DuShon Monique Brown? Let us know @BritandCo.