6 Nostalgia-Packed Movies That Your Kids Need to See 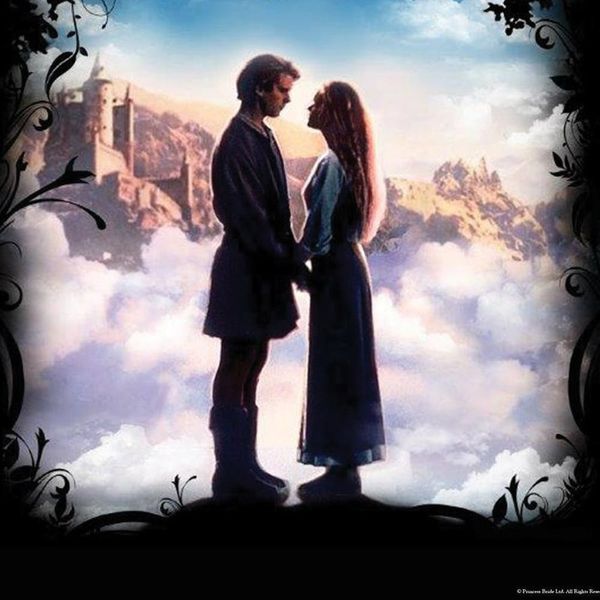 Ah, nostalgia. It’s that old friend who gives you a warm, fuzzy feeling inside, taking you away from everyday adult life, like answering work emails, changing dirty diapers and doing tons of laundry (where does it all come from?). You can find it in old photos, an origami-esque folded note from your middle school BFF or a classic flick that reminds you of a very specific time and place. Now that you’re a mom, you want to share your history. Check out these must-see movies full of wisdom that bring your childhood classics to your kiddo — and might coincidentally guarantee that you have a fun nostalgic afternoon too.

1. The Princess Bride: Long before we binge watched Robin Wright in House of Cards, she was THE Princess Bride, Buttercup. Whether it’s the shy (but soon-to-be dashing) hero Wesley uttering, “As you wish,” the Rodents of Unusual Size or Andre the Giant as the lovable Fezzik, you might have watched this movie 1,000 times when you were young. Now you’re ready to share this comically sweet fairytale with your mini-me. Plus, we bet people will still be quoting this movie in 20 years, so it’ll help your kid get the undying references.

2. Mary Poppins: Long before the animated Elsa and Anna hit the big screen, Julie Andrews blew into town as the charmingly magical nanny Mary Poppins. It may have been made in 1964, but even decades later (more like half a century — but Ms. Poppins is totally timeless) this childhood classic is still putting smiles on kids’ faces. Plus, aren’t you ready to nix “Let It Go” in favor of “A Spoonful of Sugar” anyway?

3. E.T.: The Extra-Terrestrial: The year was 1982, and just about every little girl wanted to be Drew Barrymore — or, at the very least, leave a trail of Reese’s Pieces for a scrunchy-looking alien to follow. It may not have the computer-generated amazingness that today’s kids are used to, but this out-of-the-world movie will still grab your child’s imagination and draw them in.

5. Sixteen Candles: This one isn’t for your preschooler, tiny tot or even your elementary school superstar. But, when it comes to your tween or teen, this ’80s classic is a throwback to when hair was big and Anthony Michael Hall was very, very small. Molly Ringwald is lovably awkward, but still manages to get the hottest guy in school. Not to mention that she unknowingly lures him away from an uber-popular Barbie doll look-alike (who also happens to look suspiciously like she’s in her mid-20s) — with only her innocent 16-year-old charm.

6. The Breakfast Club: Yes, another tween/teen flick (also another Molly Ringwald pick). While Ringwald’s dorkish innocence isn’t part of this ’80s blockbuster (we know her as the prissy, popular Claire in this one), she still stands out as an archetype of the “teenager.” Your kids may not exactly connect with the clothes, the music or the hairstyles of the time, but they’ll get the message in the same exact way that you did more than 30 years ago. After all, aren’t we all “A brain… and an athlete… and a basket case… a princess… and a criminal?”

What’s your favorite childhood movie that you can’t wait to show to your kids? Share with us on Twitter @BritandCo!

Erica Loop
Erica Loop is a freelance writer living in Pittsburgh. When she's not busy creating kids' activities for her blog Mini Monets and Mommies, you can find her trying to hang out with her teenage son, being chased by her two Olde Boston Bulldogs or teaching a children's karate class (she's a third degree black belt!).
Parenting
Parenting
Parenting