Chip and Joanna Gaines Are Coming Back to TV With Their Own Network! 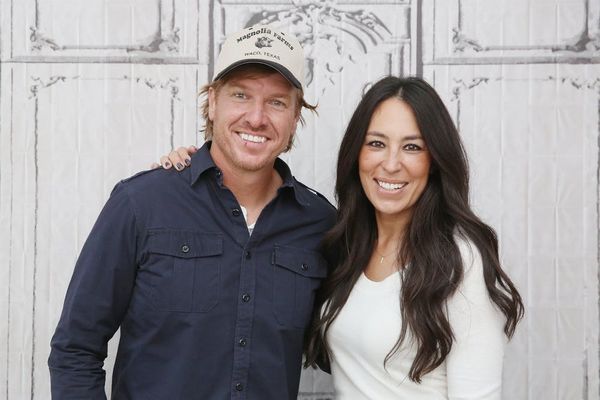 Chip and Joanna Gaines have had a busy year. Since saying goodbye to Fixer Upper back in April, the HGTV stars have welcomed their third child, a baby boy named Crew; reopened their Magnolia discount store; unveiled a gorgeous yet affordable holiday collab with Target; and celebrated the release of Joanna’s new design book, Homebody. But they’re not ready to slow down just yet. In fact, they’re taking things up a notch and returning to TV with the launch of their very own network!

Sitting down on The Tonight Show Starring Jimmy Fallon on Friday, November 9, the beaming couple revealed their newest project. “We signed a non-disclosure and it said, quote-unquote, you can tell your mother but that’s it,” Chip told Fallon before making the big announcement. “So, mom, I just wanted to make a quick announcement: We are coming back to television. You are going to get to see the kids grow up, you are going to see us. Well, maybe a six-month delay like the rest of the world, but we are excited to be back.”

Teaming up with Discovery Inc., which also owns HGTV, Chip and Joanna are working toward launching a “lifestyle-focused media network for Magnolia,” Magnolia spokesman John Marsicano told People. Although most of the details, including how much time the parents will actually spend in front of the camera, are yet to be established, Marsicano did add that their hope “is to build a different kind of platform for unique, inspiring, and family-friendly content.”

Discovery spokesperson David Leavy echoed the same sentiment, telling the outlet, “The Gaineses are exceptional people, true authentic storytellers and creative visionaries who will nourish millions of people with quality, family-friendly programming accessible on a 24/7 network and across all screens. Stay tuned. Working out the final details…more to come soon!”

Are you excited for Chip and Joanna’s return to the small screen? Tweet us @BritandCo.