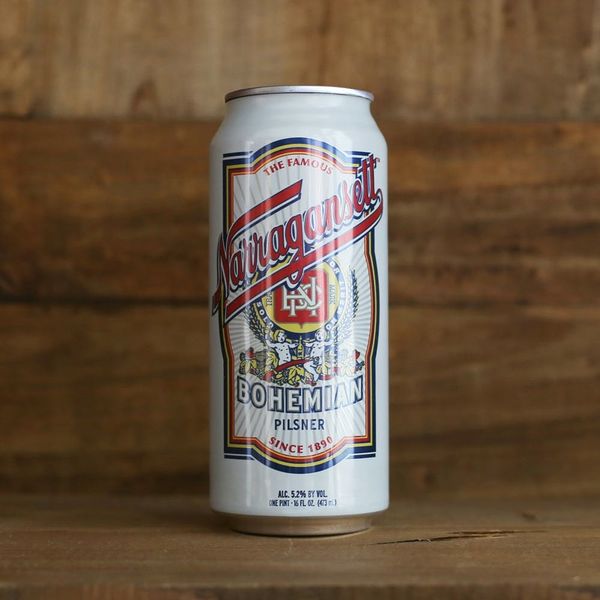 Enjoying a beer with (or in) dinner, is totally something a lot of us enjoy. But as much as we love to treat ourselves, cracking open a fancy bottle on the reg just doesn’t work for our wallets. These 12 craft brews bridge the gap between those high-priced options and the mass-produced varieties that are better suited for a keg. With all kinds of styles to choose from, there’s a little something here for everyone (yep, even gluten-free folks!).

1. Cigar City Brewing Jai Alai ($9/six pack): Hailing from sunny Tampa, this IPA brings a lot of (Florida) citrus flavor to the glass without the overwhelming pine flavor found in most West-Coast-style brews.

3. Founders Brewing Co. Black Rye ($11/four pack): This outstanding, almost undefinable dark ale hasn’t been brewed in nearly a decade, so you’ll definitely want to grab a pack before it disappears from shelves in March.

4. Victory Brewing Company Prima Pils ($10/six pack): At once herbal and malty, this winning pilsner will have you shouting with joy.

6. Lagunitas Brewing Company Brown Shugga’ Ale ($10/six pack): This original-style ale is the result of a barleywine experiment gone awry. Talk about a happy accident. (Photo via The Brü)

7. Narragansett Brewing Company Bohemian Pilsner ($9/six pack): Spicy and a touch sweet, a pint of these suds is very drinkable with a surprisingly crisp finish.

9. Green Flash West Coast IPA ($10/four Pack): You’ll find no fewer than FIVE varieties of hops in this perfect example of a West Coast (Double) IPA. The hodgepodge gives each bottle a delightful bouquet of pine, citrus and floral notes.

12. Omission Pale Ale ($10/six pack): A special process removes the gluten, so now those who avoid the grain have an option that’s just as tasty as other craft beers. Actually, there are three options; IPA and lager are also available.

Are you a craft beer fan? Share your favorite style(s) and breweries with us below!

Heather Sage
Heather Sage is a gluten-free recipe developer and freelance writer living in Orlando by way of the Silicon Valley. When she isn’t playing around with alternative flours in the kitchen, she can be found tackling DIY projects around the house or exploring her neighborhood. Check out her gluten-free recipe blog, A Sage Amalgam.
Food Recipes Roundups
Recipes
Food Recipes Roundups
The Conversation
More From Recipes